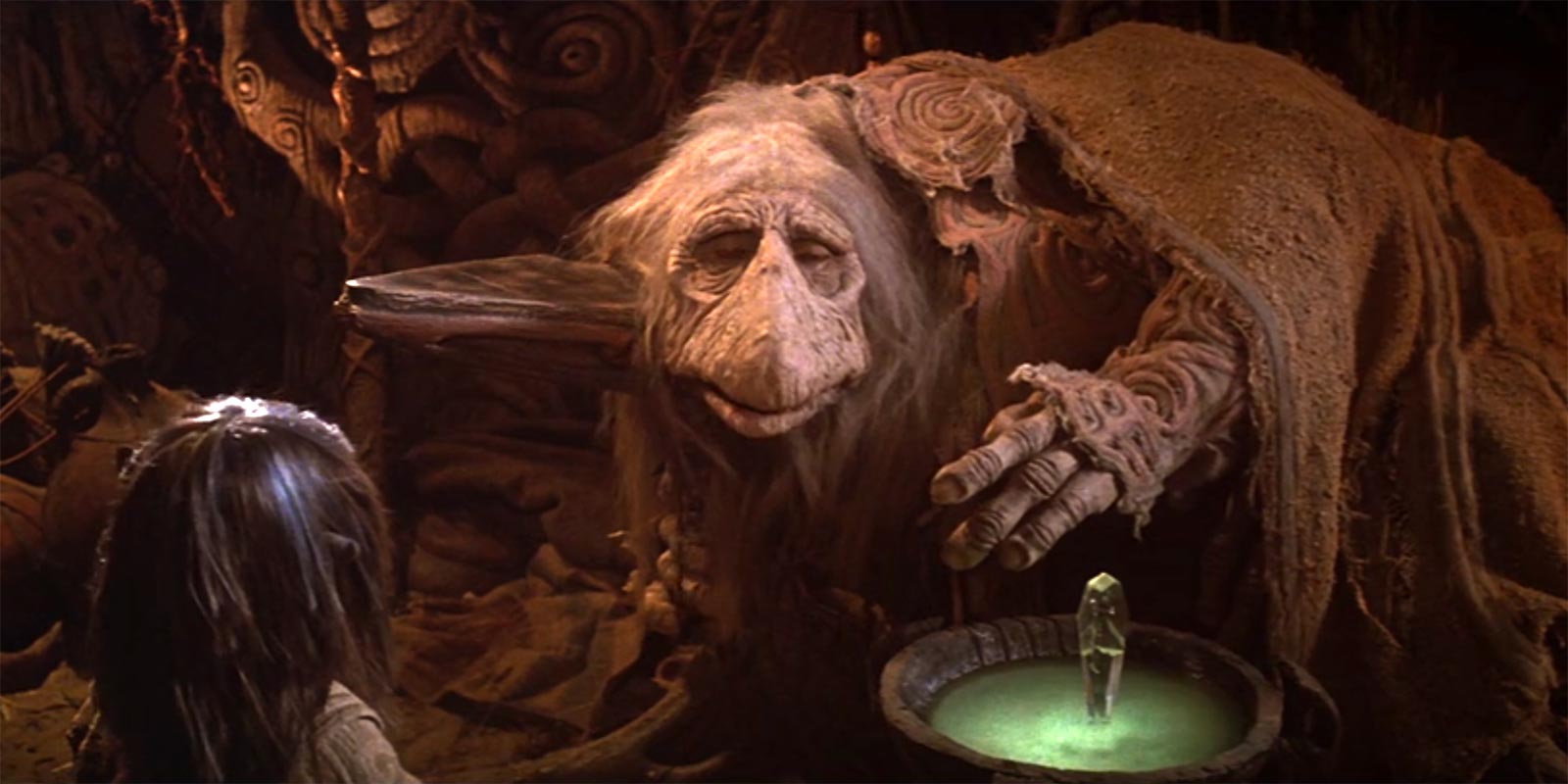 In the late 70’s, Muppets creator Jim Henson wanted to explore puppetry possibilities beyond the sort of comedic creatures he was known for, such as Kermit and Miss Piggy. The result was a dark and bizarre but memorable fantasy that often leaves audiences either scratching their heads or wishing for more.

On a strange distant planet, a young Gelfling (a unique mix of elf, hobbit, and muppet) named Jen is being raised by Mystics, a race of peaceful creatures living a monastic life. As the planet’s three suns approach alignment in a rare astronomical event called “The Great Conjunction”, Jen is sent on a quest to find a crystal shard and return it to where it belongs in the Crystal of Truth.

Unfortunately for Jen, the Crystal of Truth lies in a palace where the cruel (and quite ugly) Skeksis dwell. Unlike the Mystics, the Skeksis pursue a decadent lifestyle, engage in petty power politics, and use the Crystal of Truth to extend their vain and selfish lives. The last thing they want is someone trying to heal the Crystal.

While the plot is archetypal for a fantasy, it is the film’s religious undertones that may come off as a bit baffling; in addition to astrological prophecies, the Mystics and the Skeksis seem to share a sort of Yin and Yang relationship, contrary yet interconnected. However, such elements are shallow enough that one can easily chalk these up to artistic liberties taken for the sake of movie magic rather than any sort of serious spiritual exegesis. The Christian viewer will more likely latch onto the film’s themes of the ugliness of vanity, the beauty and wonder of life, and the unstoppable power of sacrificial love.

The Dark Crystal received mixed reviews upon its release but has since found a devoted audience, earning it the status of a “cult classic.” It is very different from the Muppets in tone and appearance, and may not be to everyone’s tastes, but it may be worth a try just for the artistry of the puppetry and the unique cinematic experience. Some of the film’s dark imagery and rather ugly puppets may be too creepy for some younger viewers, but the film is otherwise family friendly.