Rebroadcast: Conversations About Race with Danielle Brown
This is a rebroadcast of the webinar held earlier this day. The Question and Answer Session will be live, but the speaker's presentation is pre-recorded. The Q&A will be facilitated by the members of the Diocesan Ad Hoc Committee Against Racism.

No pre-registration is required for the rebroadcasts. 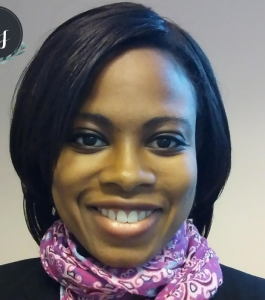 Danielle Brown is the associate director for the Ad hoc Committee Against Racism of the United States Conference of Catholic Bishops. She will be discussing "Open Wide Our Hearts," the USCCB document in which, "the bishops say that racism arises when, either consciously or unconsciously, a person holds that his or her own race or ethnicity is superior and judges other people of other races or ethnicity as inferior or unworthy of equal regard.”

The document addresses many points, including that racism is a sin, especially when it excludes, mistreats or discriminates against people of another race. Danielle will help us unpack the document so we have a better understanding when we read it on our own.

About Danielle
Danielle M. Brown, Associate Director of the ad hoc Committee Against Racism at the United States Conference of Catholic Bishops (USCCB), was born and raised in the Archdiocese of Detroit. She is a lawyer licensed in the State of Michigan. Before coming to the USCCB in May 2018, she served on several boards, commissions, and ministries in Lansing, Michigan, including co-founding and leading one of Renewal Ministries’s first young adult discipleship chapters, I.D.916, now known simply as I.D. She was also a diocesan delegate at the USCCB Convocation of Catholic Leaders and the National Black Catholic Congress in 2017. Previously, she was a three-time governor appointed appellate administrative law judge in the State of Michigan, and an assistant deputy legal counsel to the Governor of the State of Michigan.

About Our Virtual Meetings

This gathering is a virtual meeting hosted by Zoom. The link below will take you directly to the live webinar. Please click on the link a few minutes before it is scheduled to begin.

Please note: the link for all rebroadcasts will be the same.
Rebroadcast: Conversations About Race with Danielle Brown
Add to Calendar