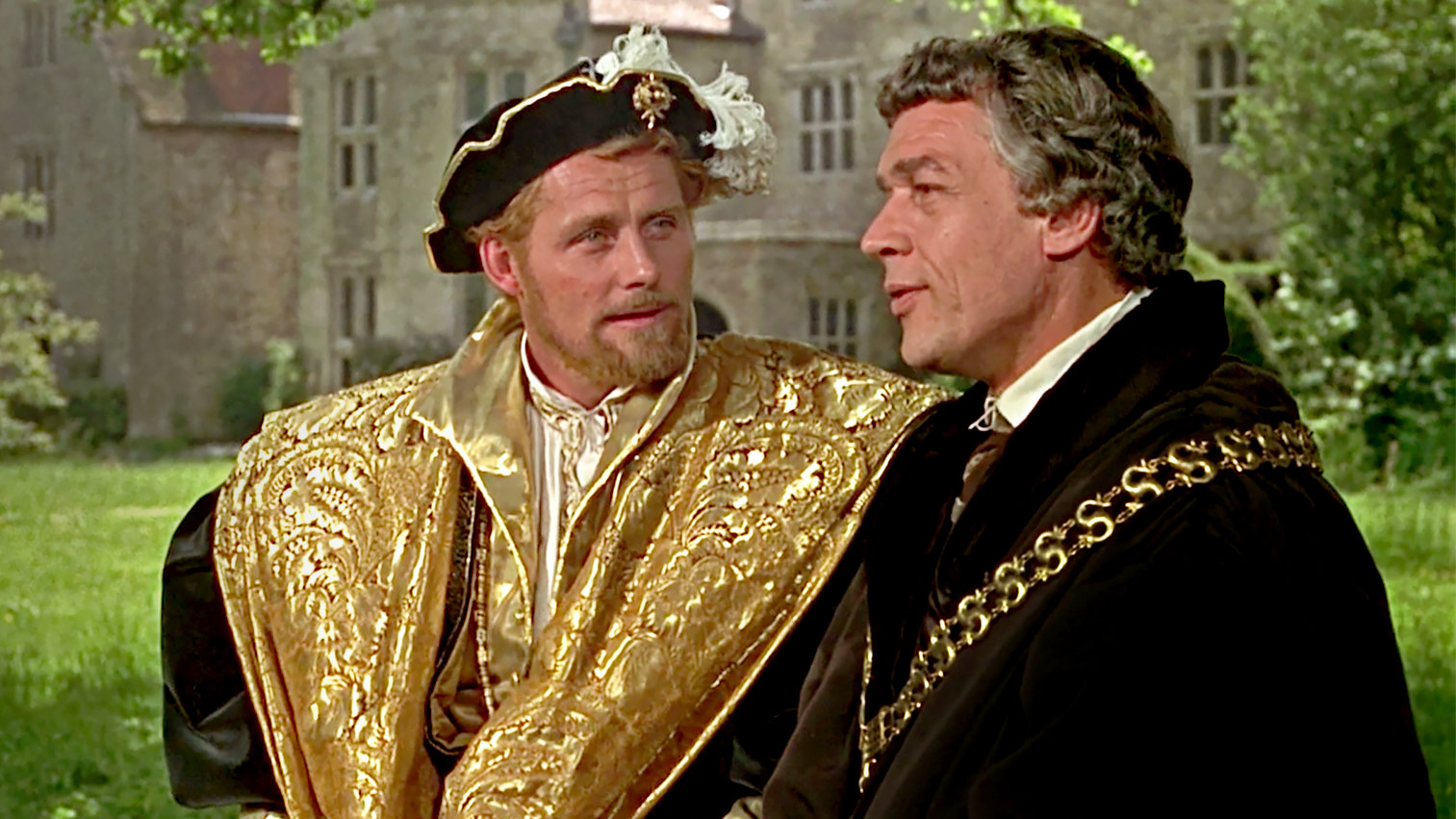 A Man For All Seasons

A Man for All Seasons tells the true story of Sir Thomas More (played by Paul Scofield). A highly accomplished and respected lawyer, author, and statesman, More serves as the Lord High Chancellor of England under King Henry VIII in the early 1530’s. When King Henry VIII decides to leave his wife and remarry, he seeks More’s support in asking the pope to annul his marriage. Following his conscience, More refuses.

Determined to remarry even without papal approval, the king establishes himself as the head of the Church of England, denying the Holy See’s authority, and Thomas More finds himself imprisoned in the Tower of London. Fearing for his fate, More’s friends and family attempt to persuade him to drop his objections, tempting More with every possible argument they can think of to change his mind.

Even when all those around him have trouble understanding his point of view and tempt him with the social rewards of conformity, Saint Thomas More’s ultimate devotion to the Church and his conscience may continue to remind us of the sort of radical faith we are called to. Written by Robert Bolt (the same writer behind The Mission), A Man for All Seasons is a film that Hollywood could never make today, much less award it with the Academy Award for Best Picture, as it did in 1966. The film is rated G, though the more philosophical nature of the drama will likely be over the heads of some younger viewers.