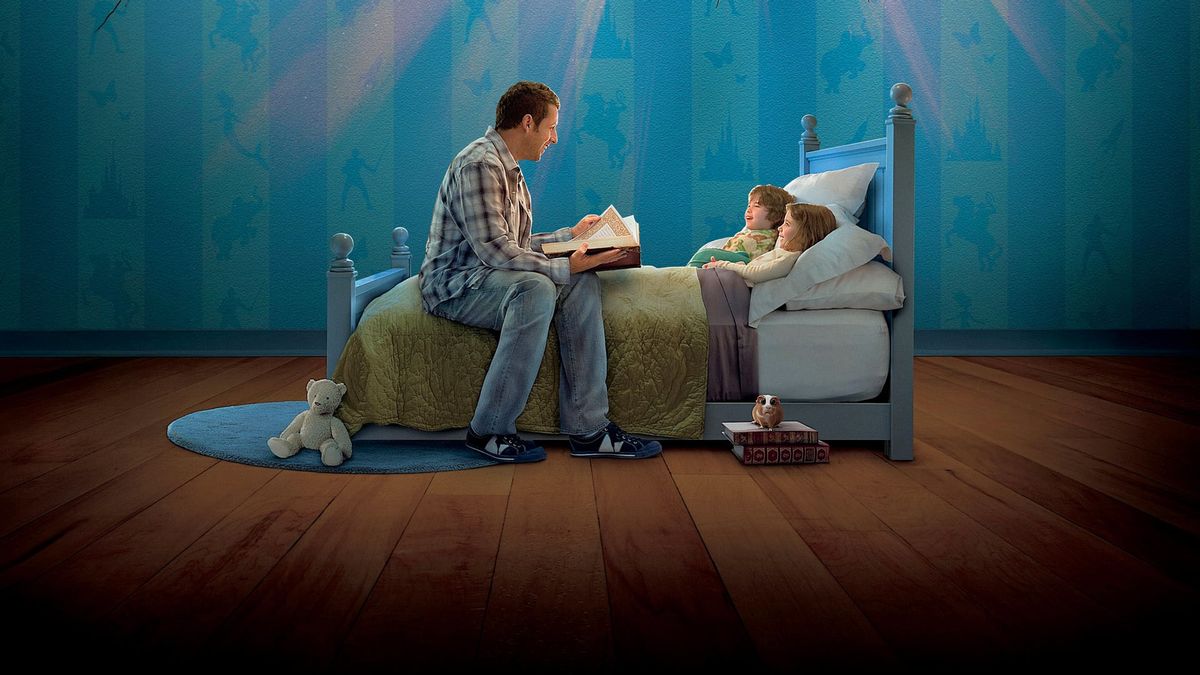 In contrast to last week’s serious drama, how about settling down with a lighthearted family comedy?

When hotel repairman Skeeter Bronson (Adam Sandler) is asked by his sister to babysit his niece and nephew for a few nights, he’s not too thrilled about it. He’s grumpy about his job. Long ago, he’d been promised the position of hotel manager, but the promise was never kept. Bummed out by his lousy career prospects, and not sure how else to entertain the kids, Skeeter turns his troubles into a tragic bedtime story. But the kids reject the tale’s sad ending and insist on a more hopeful one, complete with a random rainfall of gumballs.

The next day, a minor traffic accident involving a truck full of candy on a bridge sends gumballs raining down on Skeeter’s car, and he slowly realizes the bizarre but hilarious premise of the film: the bedtime stories come true. Inspired to rewrite his fate, Skeeter begins encouraging his niece and nephew to come up with wonderful endings to his bedtime stories, hoping they’ll become reality.

Hilarity ensues, of course. Being young kids, his niece and nephew prefer to fill the bedtime stories with crazy random nonsense, which Skeeter must then endure in real life. But they also have a much different idea of what’s truly important in life and what exactly happy endings are made of.

Bedtime Stories does have a little crude humor now and then, but is family friendly.