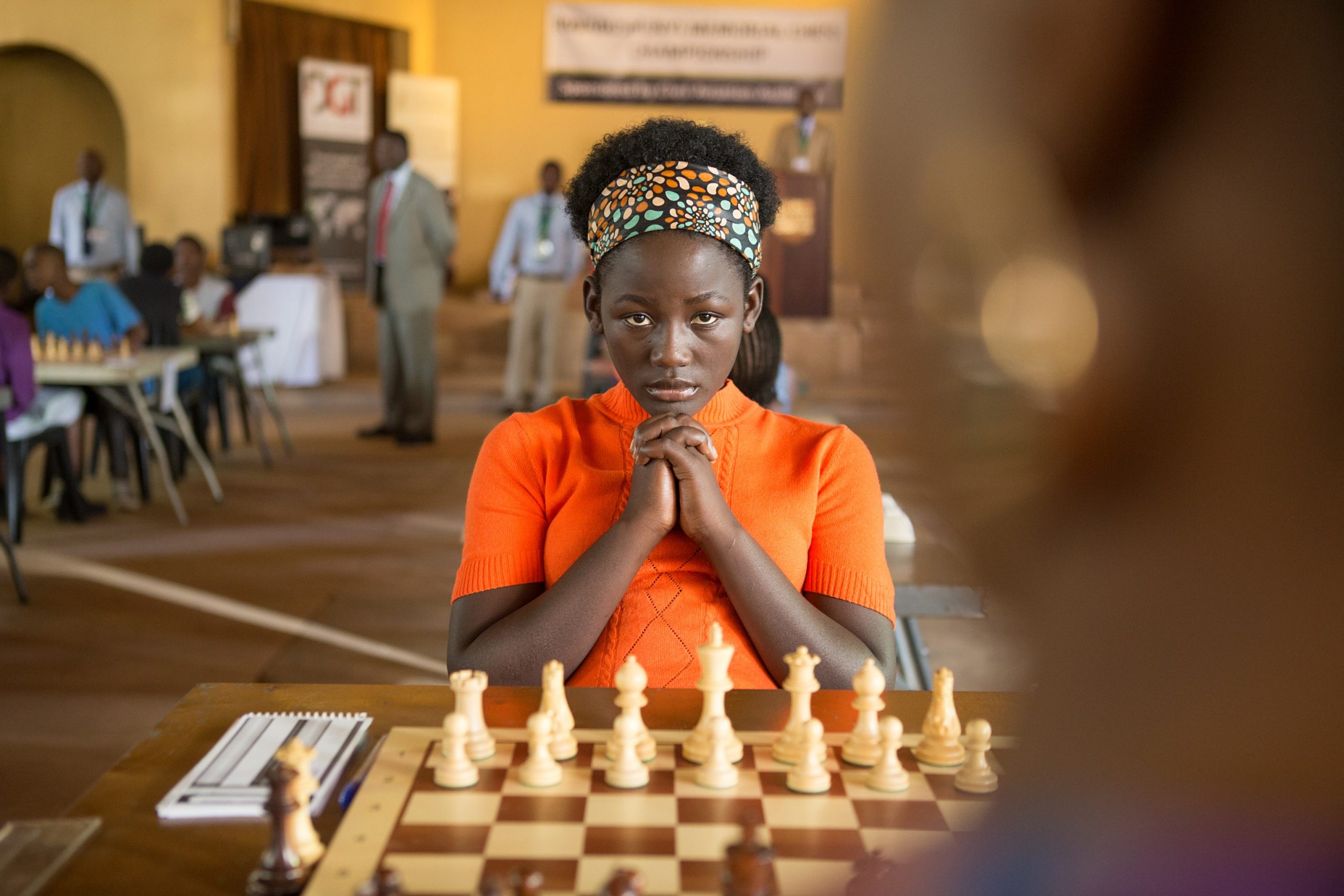 “In chess, the small one can become the big one.”

This week we look at the inspiring true story of Phiona Mutesi, a young girl growing up in poverty in Katwe, Uganda whose life changes when she is introduced to the game of chess.

It’s the mid-2000s and Phiona lives with her mother and younger siblings, helping the family to make ends meet by selling food at the local market. When a local soccer coach begins teaching children chess as part of a Christian missionary program, Phiona becomes fascinated by the game, and quickly rises to become the top player in the town. After some success at playing in nearby tournaments, Phiona hopes her chess skills will help her and her family to rise from poverty and escape the slums of Katwe.

But after playing in more distant tournaments against more challenging players, Phiona realizes she may be out of her depth and her early success may have been a matter of being a big fish in a little pond. Chess starts to feel like a frivolous endeavor when spending so much time traveling and studying puts a strain on her family’s life, who continue to face daily struggles. Ultimately she must decide whether or not committing to the game is worth it.

Queen of Katwe is rated PG, but does include some moments of intense drama that very young viewers may find distressing.