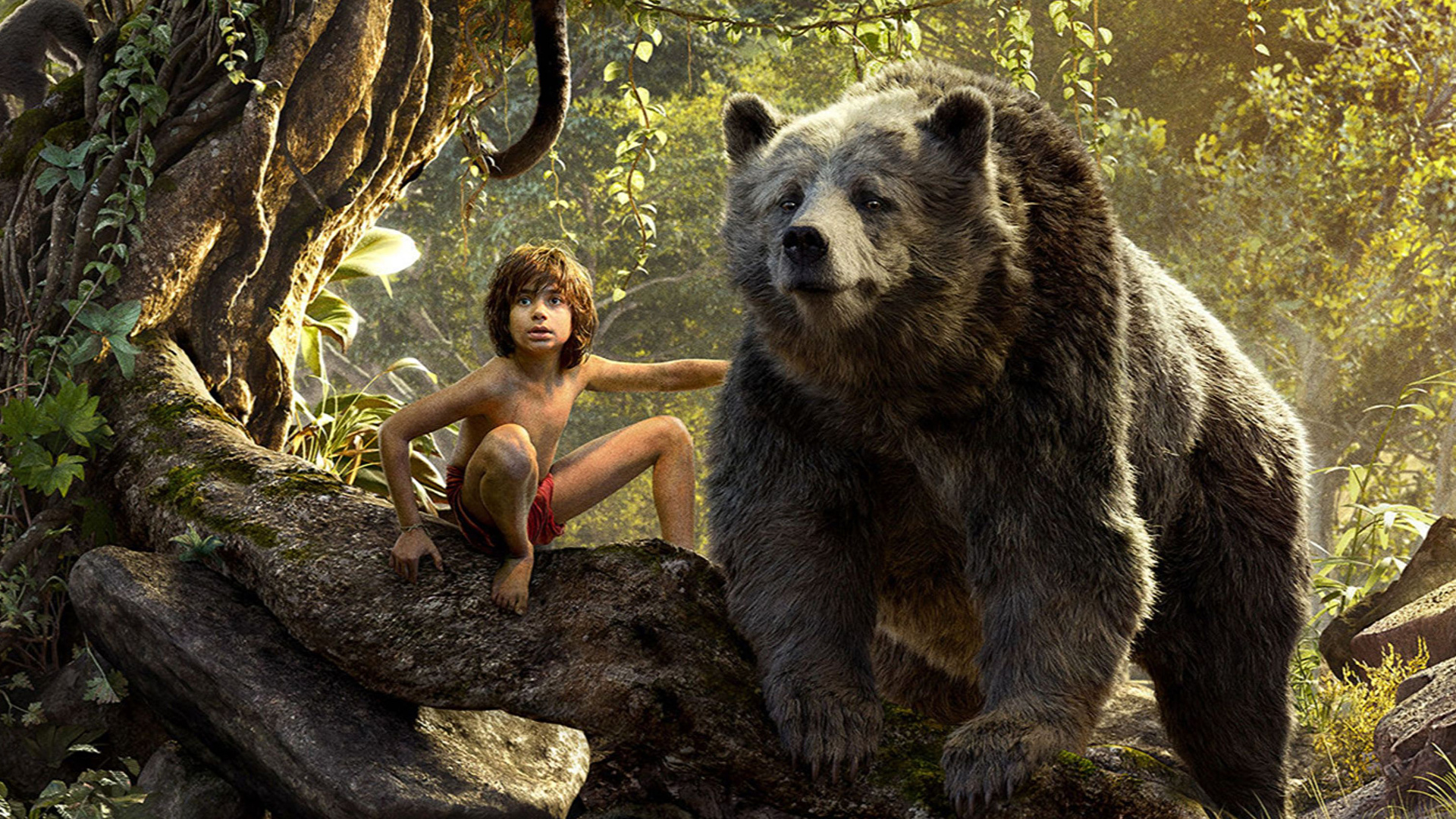 After being orphaned as a toddler, Mowgli is raised by a pack of wolves in an Indian jungle. (Fortunately, most of the animals in this world can talk.) While he loves his adoptive wolf family, both he and the wolves know that they don’t quite fit together. Mowgli has trouble running with the pack, and his human inclination to invent contraptions only seems to invite suspicion from other animals, particularly from the infamous tiger Shere Khan, who hates humans and wants Mowgli gone for good.

Forced away from his wolf family, Mowgli meets the easygoing bear Baloo, who actually appreciates Mowgli’s inventiveness, encouraging him to build contraptions to help him collect honey. Mowgli is happy to finally be able to explore his human talents, but Shere Khan’s relentless pursuit of him forces Mowgli to question just what his relationship as a human to the animal world should be.

While the film strays quite a bit from Kipling’s original stories, it features some thought-provoking themes about embracing our unique talents and interests to enrich the world, both on an individual level and on a collective level as humans with a unique role to play in God’s earthly creation (such as what it means to have “dominion” or “rule” over it, as Genesis 1:26 mentions).

(Note that the film does include some intense action sequences which may be scary for very young viewers.)