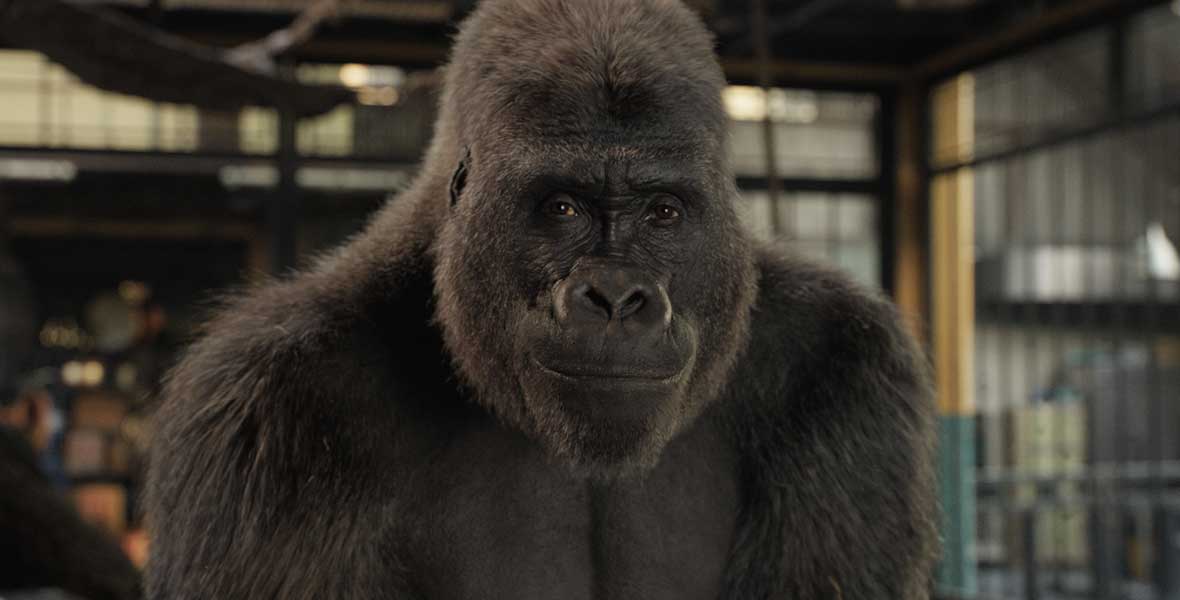 The One and Only Ivan

Here’s a lighthearted family film featuring animals who, in typical children’s story fashion, can speak to each other, but not to humans.

Rescued from poachers as a baby and raised by an animal trainer, the gorilla Ivan enjoys headlining a small animal show at a town mall. But interest in the show is waning, and Ivan is disappointed to lose his headlining status when a baby elephant is brought in to rekindle public interest. But the young elephant also rekindles Ivan’s childhood memories, distant memories of climbing trees instead of bars, of playing under a warm sun rather than performing under a glaring spotlight.

Ivan soon finds himself promising to help the young elephant to escape captivity, although fulfilling such a promise seems impossible. He has no idea where to even begin. Perhaps the answer lies in a pile of crayons and a stack of paper that a child gave him…

Based on the popular book of the same title, and inspired by true events (with a lot of obvious artistic license), The One and Only Ivan is a mix of drama and comedy for the whole family, showing us the power of perseverance, the magic of exploring one’s talents, and reminding us that the most meaningful use of one’s strengths and talents is found in the service of others.

The One and Only Ivan is currently available on Disney Plus.