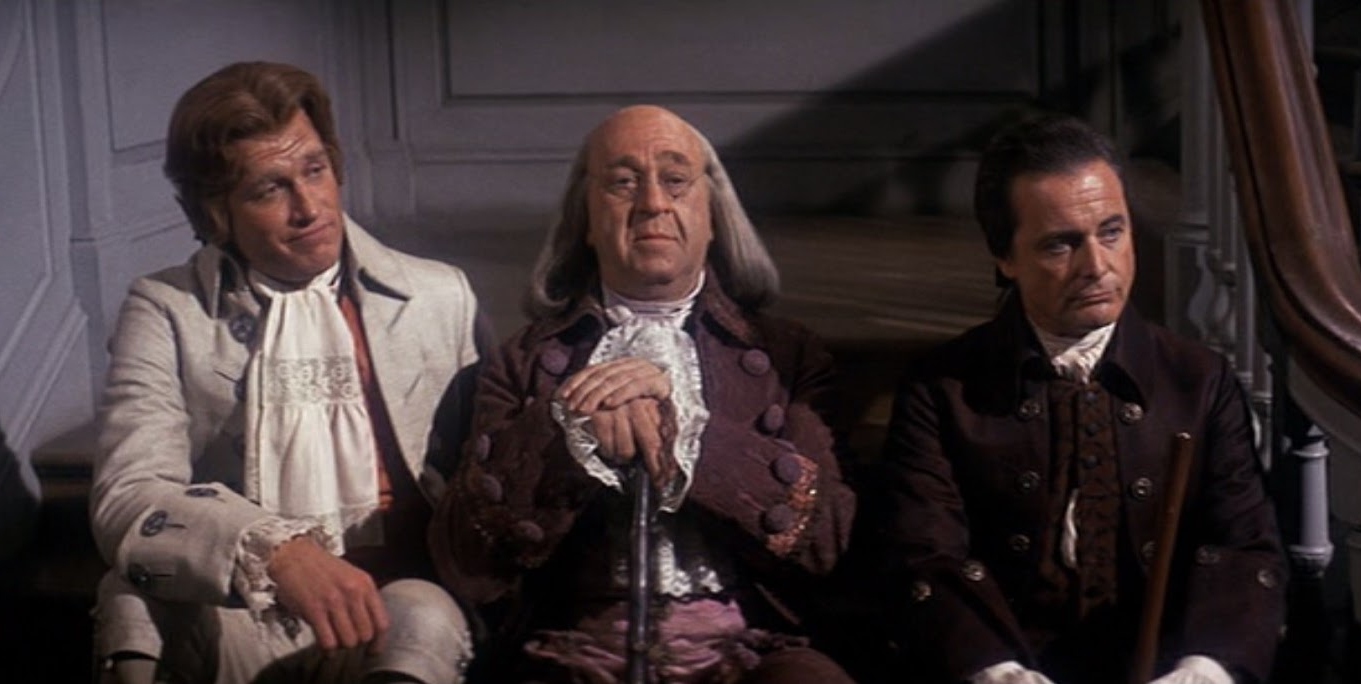 With the 4th of July less than a week away, here’s a classic musical that takes us back to the founding of a new nation.

It’s the summer of 1776, and Great Britain’s American colonies are already in rebellion, warring with British forces in the Revolutionary War. Still, the colonies have not yet voted for or declared their independence, as there are still many disagreements about whether or not they should. Representatives from the colonies are meeting in Philadelphia in the Second Continental Congress, hoping to work out these disagreements.

While John Adams is eager to have the congress vote for independence, other members find him obnoxious and continually delay the vote. Adams finally decides that an official written declaration might help the cause.

Celebrating its 50th anniversary this year, this film adaptation of the stage musical features a number of catchy and delightful songs and an inspiring look at our nation’s beginnings. Although the film takes obvious artistic liberty in simplifying our complicated history, it still provides a decent and educational overview of the main events of that fateful summer. It may be the perfect thing to watch while waiting for the sky to darken for fireworks!

4th of July
historical
All Family Movie Nights
Previous
|
Next