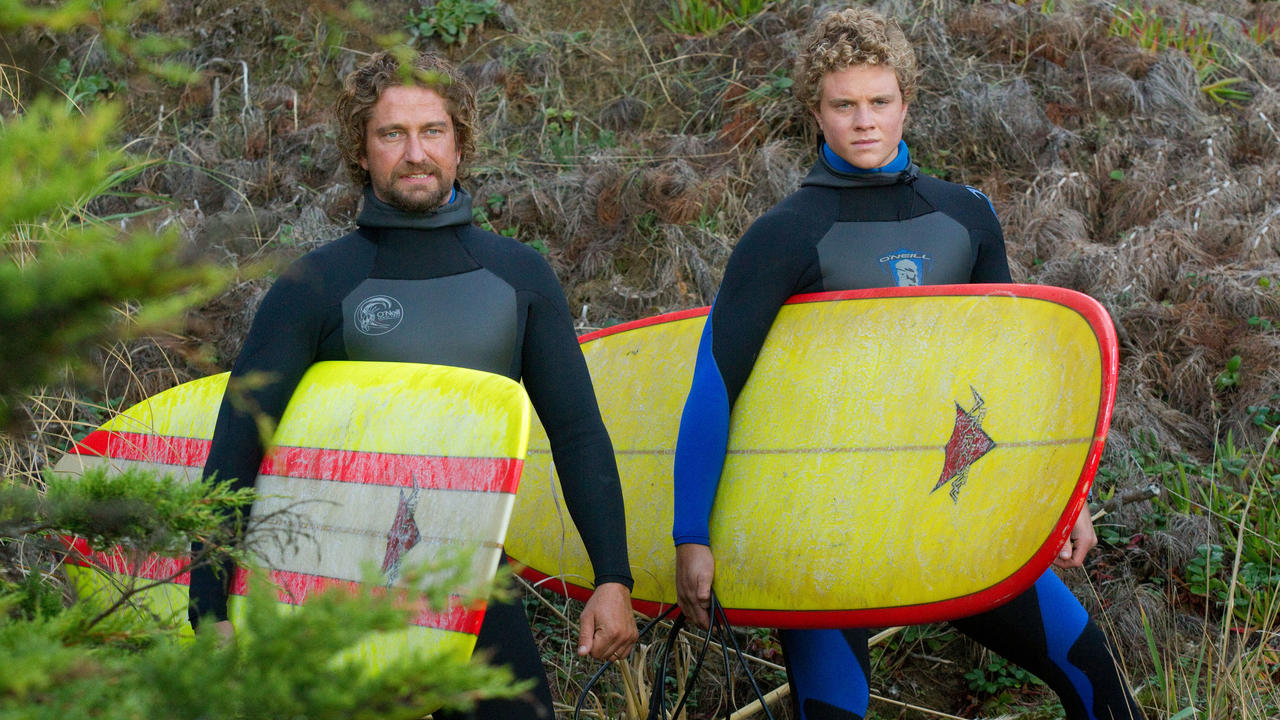 This week’s film tells the true story of Jay Moriarity, a teen surfer who gained fame in the 90s after surfing particularly enormous and dangerous waves in California.

Though only fifteen years old, Jay has a lot on his plate. Son of a single mom, Jay stays on top of his school work, works a part time job in the evenings, and looks after his mother, who sometimes drinks too much. Still, he finds time for his passion: surfing. When he realizes an adult neighbor (Gerard Butler) is surfing monstrous waves at a secret location called “Mavericks”, Jay is determined to experience those waves for himself.

But his neighbor warns him that surfing Mavericks can be downright deadly, and that if he really wants to catch those epic waves, he’ll have to train, and he’ll have to train hard, and not just physically, but mentally, emotionally, and spiritually as well.

As the intense training pushes Jay to his limits, it also tests his mentor, whose past has left some nasty scars.

Chasing Mavericks takes an inspiring look at the value of self-discipline, determination, facing one’s fears, and ultimately affirms that, in the end, love is what matters the most.