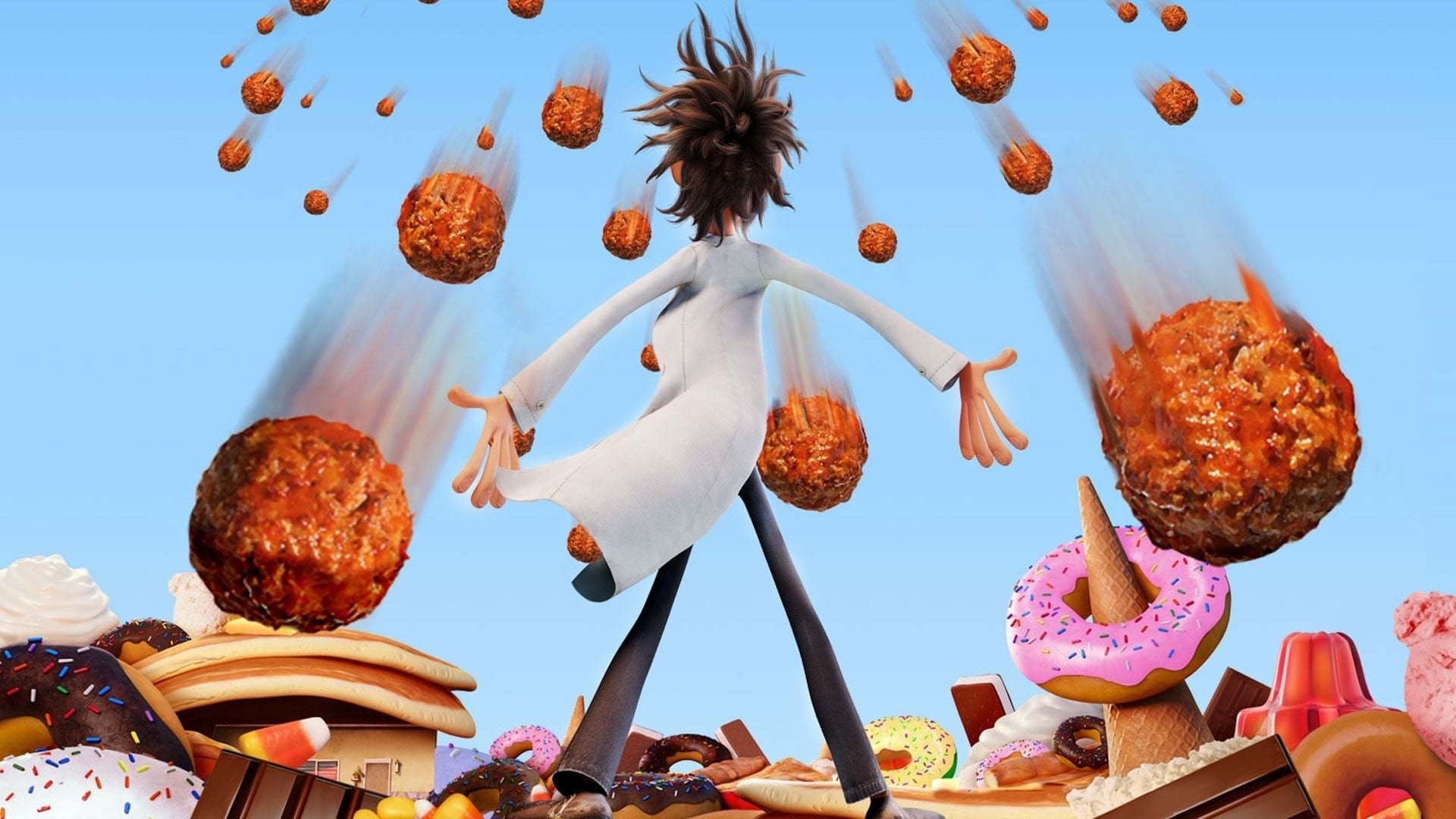 Cloudy With a Chance of Meatballs

With Thanksgiving feasts (and perhaps some holiday shopping) around the corner, here’s a family comedy that features some delicious weather, but warns of the dangers of excessiveness.

Flint Lockwood has always wanted to be an inventor, but his lack of success has made him a bit of a social outcast. When an accident with a new invention causes hamburgers to rain down from the sky, Flint realizes he can use his new machine to generate whatever food-based weather he wants. The town, tired of eating sardines all the time, loves the new menu options now pouring from the sky, and Flint becomes an instant celebrity. The town is soon topped with bountiful helpings of ice cream, pancakes, sandwiches, candy, avocados, and much more.

But with his newfound popularity going to his head, it’s hard for Flint to notice that he’s straining his food-making machine. And that’s not good, because when Flint’s invention begins generating giant mutant food, it threatens to bury the town in an endless buffet of meatballs and spaghetti storms.

While mostly a light-hearted and wacky comedy, the film does touch on some important themes, such as being comfortable with yourself rather than needing to impress others, and the dangers of letting an appetite control you (both figuratively and literally). The film is family-friendly, but does include a little rude humor and cartoon violence.