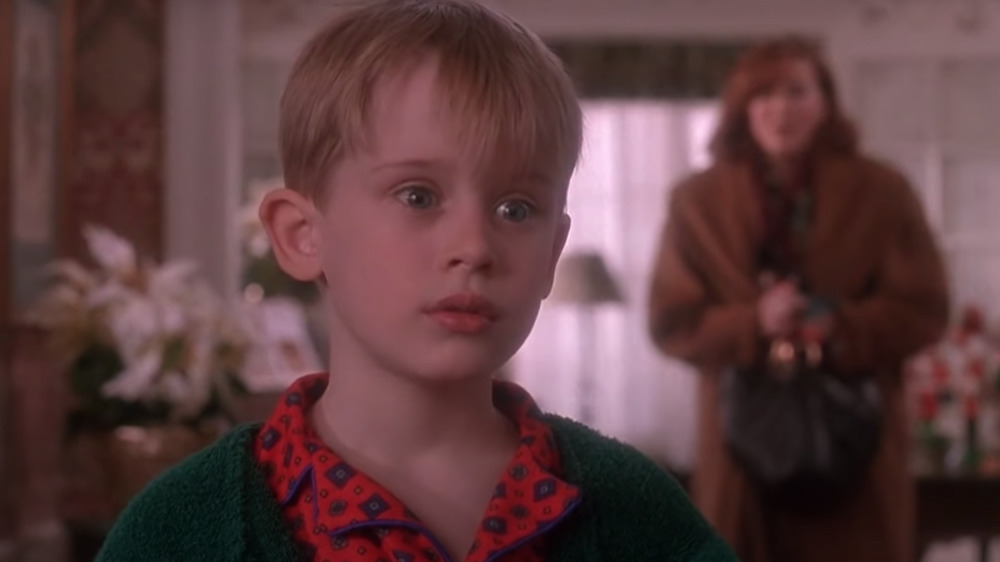 As another season of Advent begins, here’s a seasonal classic from the 90s.

Kevin is feeling ignored, unloved, and miserable. His large family is preparing for a holiday trip and his parents are busy and stressed while older siblings seem to consider him a pest. After getting into a fight with an older brother, Kevin makes a simple wish: that his family would disappear. When an unfortunate set of circumstances causes his family to accidentally leave without him, Kevin wakes to find that his wish has come true, and he’s now home alone.

Kevin revels in his newfound freedom by jumping on the bed, eating junk food, and watching grown-up movies, but the honeymoon comes to an end when he learns that some local criminals are planning to rob his house. Though he longs once again for the return of his family, Kevin realizes that he can no longer hide from his fears, but must face them head on.

Blending over-the-top slapstick comedy with some earnest sentimentality, Home Alone features some obvious moral themes, such as the importance of family, reconciliation, and facing one’s fears. Older viewers who are paying attention may also notice some of the film’s subtle religious undertones, such as its use of angels and prayer, seemingly minor details that point unmistakably toward the divine, at what the season is all about.

The film is appropriate for the whole family, though it does include some mild language, and some of its cartoony violence may be too scary for very young viewers.