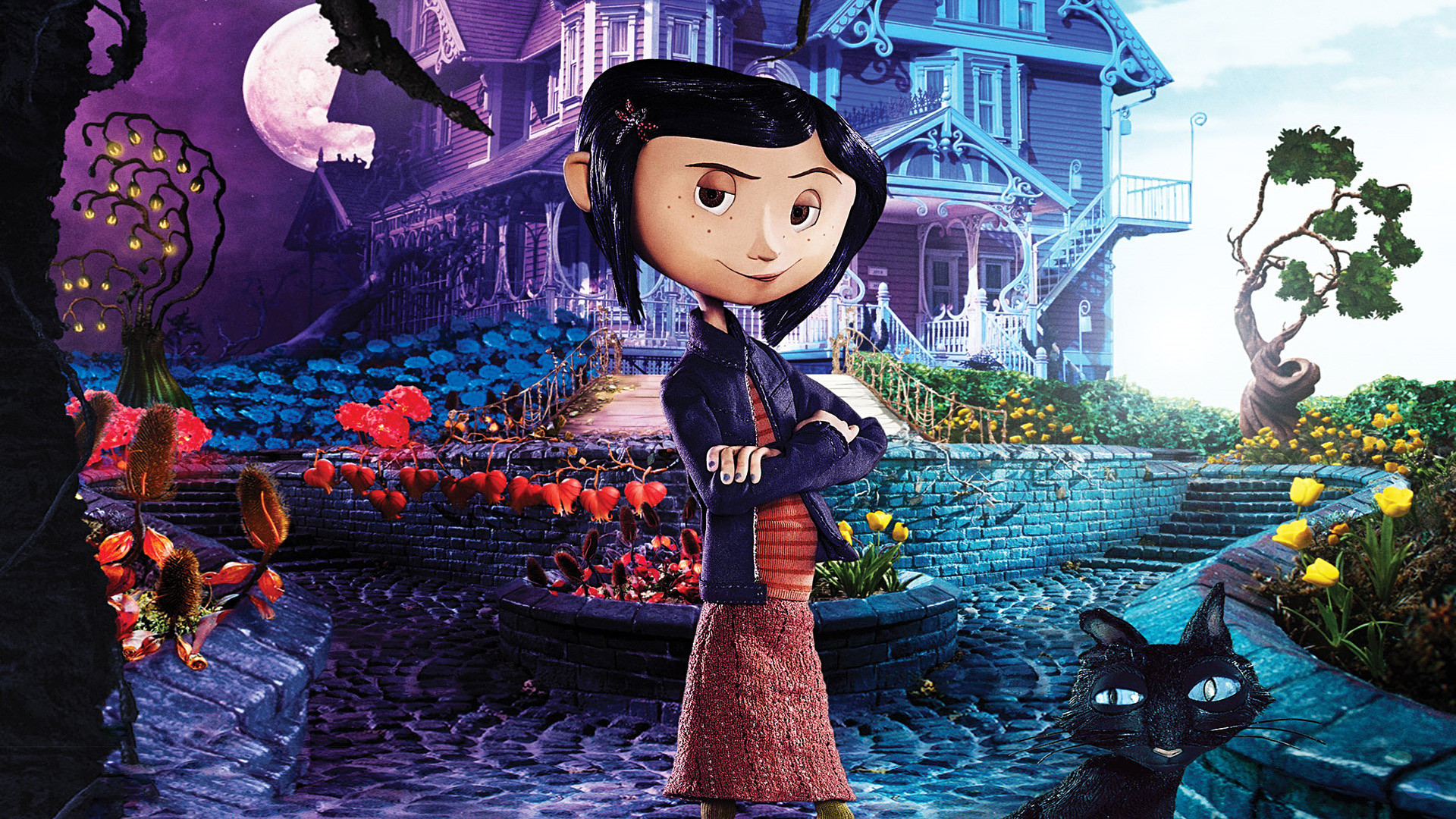 The young Coraline Jones is miserable after she and her parents move to a new house out in the middle of nowhere. She is completely bored, misses her friends, and her parents are too busy with work to pay much attention to her. She hates the food her dad cooks for dinner, and the only potential friend she meets is an annoying boy who talks too much.

Coraline’s fortunes change when she discovers a mysterious tunnel in the wall that leads to a parallel reality in which a second set of parents give her all the food, love, and attention she’s been craving. They cook her favorite meals, design a garden for her, write a song about her, and tuck her into bed every night. It’s a little strange that everyone seems to have buttons for eyes in this parallel world, but otherwise it’s a perfect paradise.

But when her alternate button-eyed parents ask her to stay in their alternate realm by letting them sew buttons onto her eyes, Coraline realizes something a bit more sinister is going on, and she’s going to have to be clever if she’s going to outwit the monster behind the false paradise.

Based on the book Neil Gaiman, this stop-motion animated film offers a simple parable about how obsessing over an ideal or self-centered reality can easily corrode your perspective and eat away your life.

Rated PG, the film is family friendly, but some frightening images and suggestive humor may be inappropriate for some younger viewers.

based on a book
spooky
All Family Movie Nights
Previous
|
Next