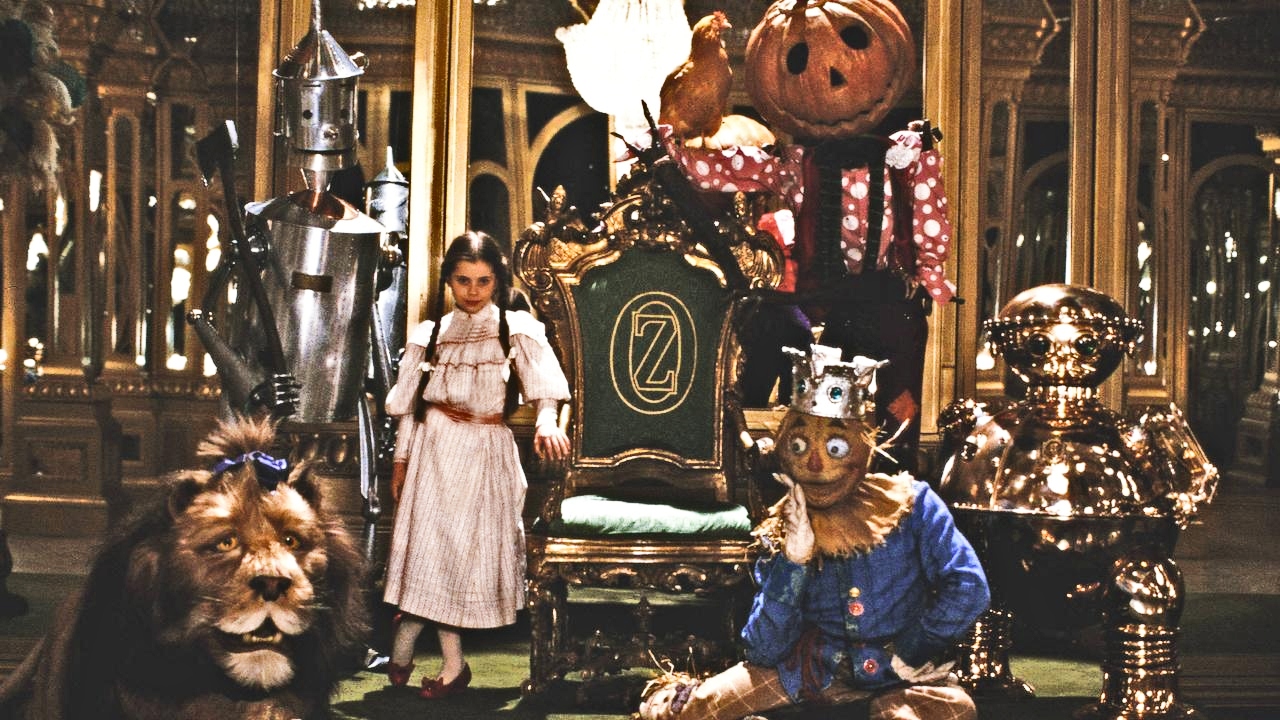 It’s been six months since Dorothy returned to Kansas, and Aunt Em is worried about her. Dorothy’s not sleeping well and she keeps talking about strange nonsense such as a man made entirely of tin and a talking scarecrow. So it’s off to the doctor for some electroshock therapy, surely that’ll help!

Frightened of the doctor and his intimidating electric machine, Dorothy manages to escape with the help of a mysterious girl, and soon finds herself transported back to Oz, where things aren’t nearly as nice as she remembers. The yellow brick road is ruined, people have been turned to stone, and all the emeralds in the Emerald City have vanished. Hoping to make things right again and save her old friends (the Tin Man, the Cowardly Lion, and the Scarecrow), Dorothy sets out on another adventure in Oz, this time with the help of other strange characters from L. Frank Baum’s novels that hadn’t made it to film before.

While family friendly, Dorothy’s adventures this time around are a little darker than her first visit, making it appropriate for the season (especially with the character Jack Pumpkinhead, who is literally a walking, talking jack-o-lantern), but some of the imagery may be a bit scary for very young viewers.

It’s hard to claim Return to Oz features much in the way of deep or thought-provoking themes, but it’s a charming fantastical journey nonetheless, and essential viewing for any fans of The Wizard of Oz.

based on a book
spooky
All Family Movie Nights
Previous
|
Next