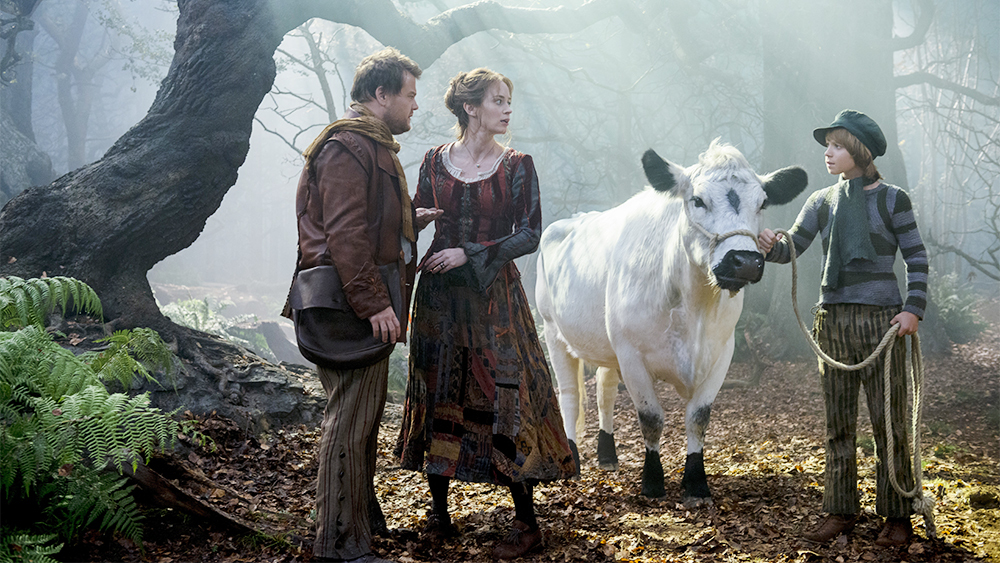 October has arrived, and as Halloween begins creeping closer, how about a journey into the dark and mysterious woods, where there are witches and wolves and curses?

This film adaptation of Stephen Sondheim’s popular stage musical features a number of characters from Grimms’ Fairy Tales, including Cinderella, Little Red Riding Hood, Rapunzel, and Jack from ‘Jack and the Beanstalk’. Added to the center of the mix are a baker, his wife, and their local witch. To break a family curse, the baker and his wife set out into the woods to collect items for the witch, who promises to lift the curse if they succeed.

Meanwhile, the other fairy tale characters have their own goals which lead them into the woods, where they’ll all inevitably tangle their storylines together. And, because it’s a musical, they’ll also break into song every now and then, working out their complicated emotions and decisions with the aid of catchy tunes and clever rhymes.

While rated PG, produced by Disney, and inspired by famous fairy tales, the film is thematically more appropriate for older viewers, as it explores moral complexities beyond the simple good versus evil dynamic present in the original fairy tales. As these characters venture into the woods, they also venture into themselves, attempting to sort out their own insecurities, wishes, and worldly temptations. They don’t always make the best moral decisions, sometimes trying to justify their moral subversion through songs (whose lyrics cannot always be taken at face value), and sometimes paying a dear price for it. Ultimately the film encourages one to face one’s fears, mistakes, and unhealthy wishes with the honesty necessary to make things right.