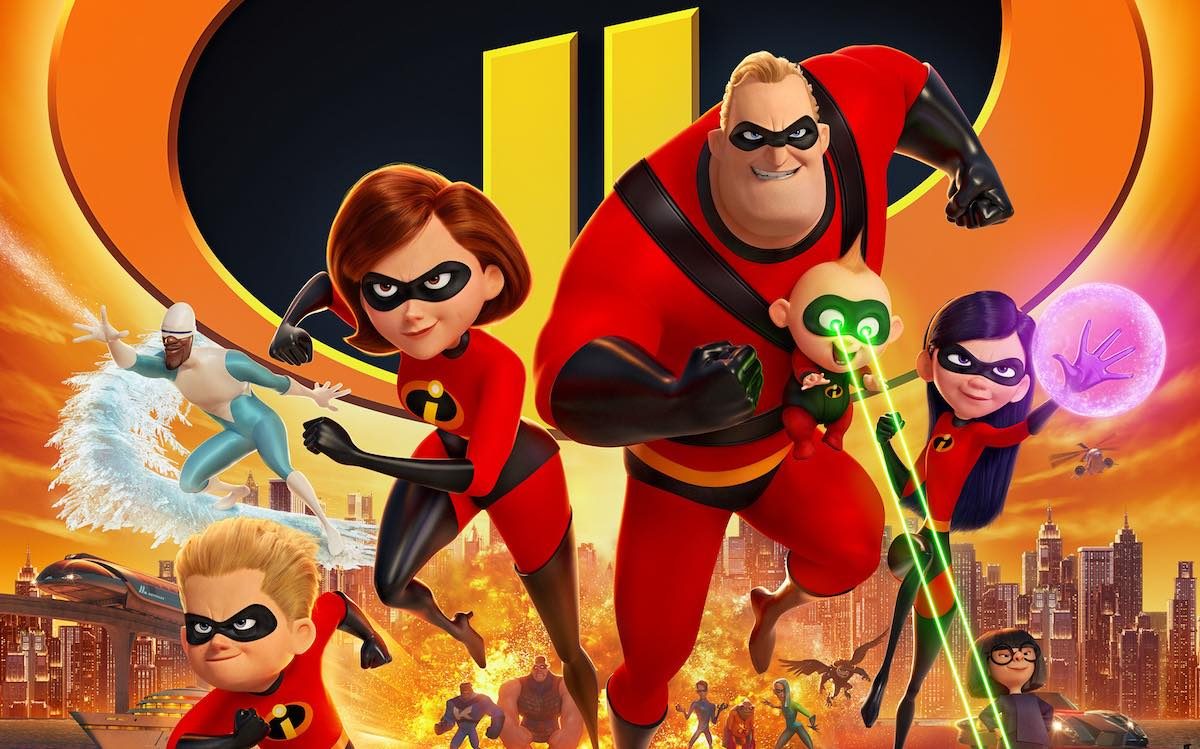 For movie night last week, we chose to watch Pixar’s Incredibles 2, the sequel to the 2004 blockbuster. The family had seen the movie in the theater last summer but it was a movie everyone could agree upon, so we bought it from iTunes and added the film to our family’s library.

Anyone who watches Pixar’s movies already knows the brilliance they put on screen. Their fantastic computer animation and their willingness to take viewers on an emotional ride make a great marriage. The director, Brad Bird, described this Incredibles movie as “just a popcorn film.” In other words, it isn’t meant to pull on the emotional heartstrings, it’s just fun.

Whereas the first movie was all about middle age, a marriage in trouble, and children trying to figure out how to grapple with superpowers, this movie makes for a fun night of laughs, without much of the emotional ups and downs you see in the first film.

All the children – ages 10-13 – enjoyed it and mom and dad stayed awake the whole time. The humor is appropriate and the addition of all the other superhero, coming out of hiding to share their gifts, makes for lots of laughs and great fun.

It isn’t a movie filled with life-lessons, though the commentary about the need for superheroes, whose actions of saving the world can make more of a mess than if we just let evil exist in the world, made for an interesting conversation afterward. The older girls were empowered by the film’s nod to the moment when mom is chosen to re-enter the superhero business, leaving dad to care for the children at home (cue all the relevant jokes here).

Enjoy the show and then follow it up with a conversation about what super powers you already possess and how those powers can change the world.