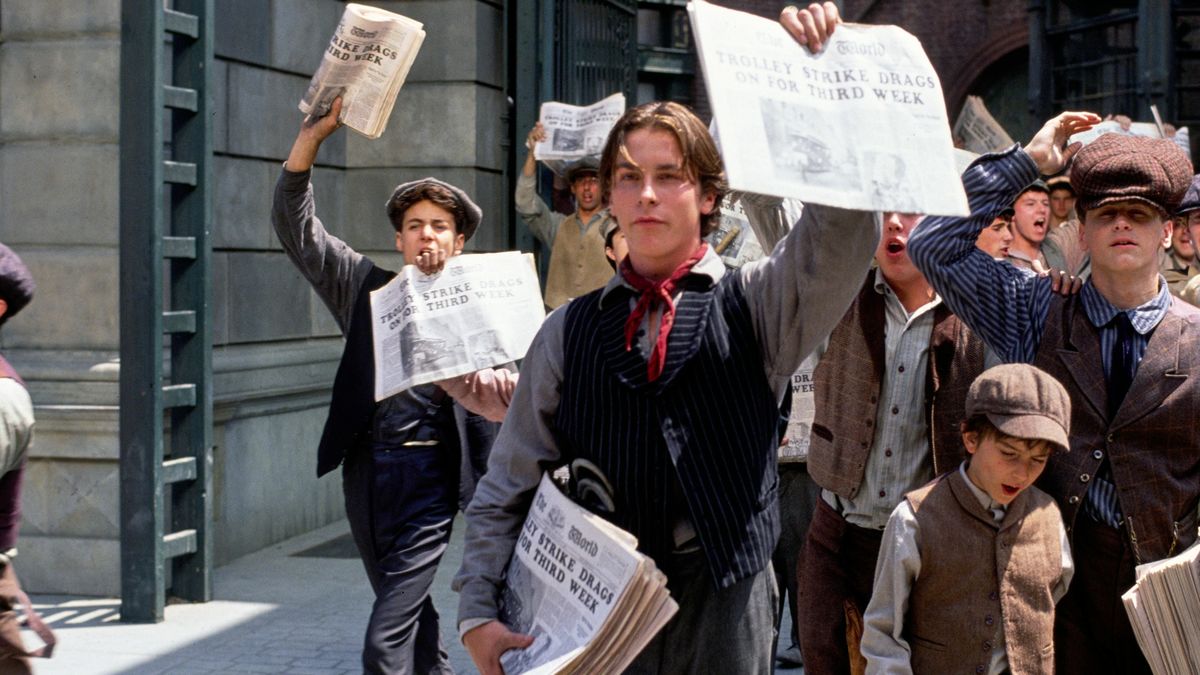 Here’s an underdog musical drama with a number of catchy songs from the songwriters behind other Disney classics, such as Aladdin and Beauty and the Beast.

In New York City, 1899, Jack Kelly (played by a teenage Christian Bale) is an orphan working as a “newsie”, buying stacks of newspapers from the publisher and reselling them on the city streets. When Joseph Pulitzer (Robert Duvall) decides to raise newspaper prices, it means a deep cut in the newsies’ already meager profits, and Jack finds himself leading a contentious strike.

Now Jack, who’d much rather just escape the stress and loneliness of city life altogether, must figure out what it means to be a leader, especially in the face of violent threats, an over-zealous warden hoping to put him in a juvenile detention center, and a bit of bribery from Pulitzer himself.

Exploring the necessity of determination and friendship, the film is based on the real-life Newsboys’ strike of 1899, albeit with mostly fictional characters. There is also no evidence the real newsies ever broke out into unrehearsed toe-tapping song and dance numbers. Although the film was a box office flop when released, it has since found an audience, especially after its more recent Broadway adaptation.