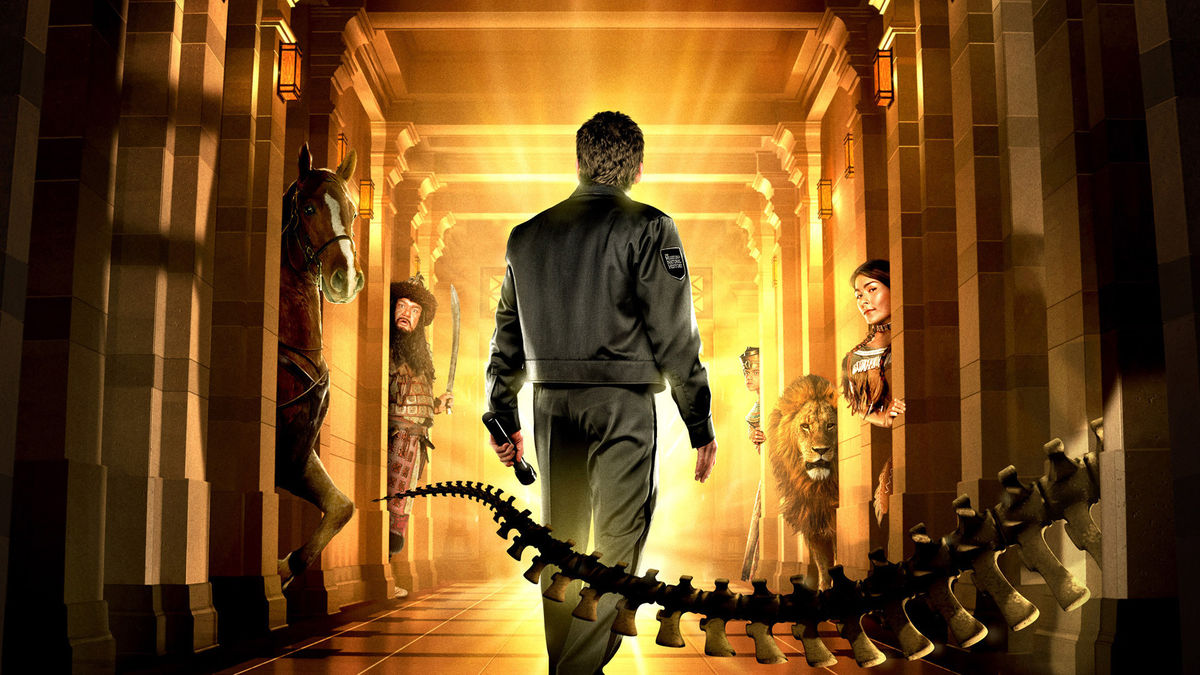 Night at the Museum

With his sporadic work history setting a bad example for his son, Larry Daley (Ben Stiller) is eager to earn back his son’s respect and admiration, starting with a new steady job: a night security guard at the American Museum of Natural History. But Larry has second thoughts about the job when he learns of the museum’s secret: at night, all the museum’s exhibits come to life, from life-size human wax figures and stuffed monkeys to dinosaur bones and Easter Island heads.

Larry would rather quit than face such nightly chaos, but he decides to keep at it for the sake of his son, who finds his dad’s new job to be fascinating. And it’s a good thing too, because when older security guards (whose jobs Larry had replaced) return to steal various museum treasures, Larry needs his son’s help, along with the help of various exhibits that have come to life, to stop them and put the museum back in order.

As in last month’s The Santa Clause, what better way for a father and son to bond than to be thrust into such magical adventures?

Night at the Museum is a light-hearted family comedy, and though it often chooses entertainment and humor over historical accuracy, it may provide an educational introduction to some iconic historical figures, such as Theodore Roosevelt, Attila the Hun, Sacagawea, Christopher Columbus, and Lewis & Clark.