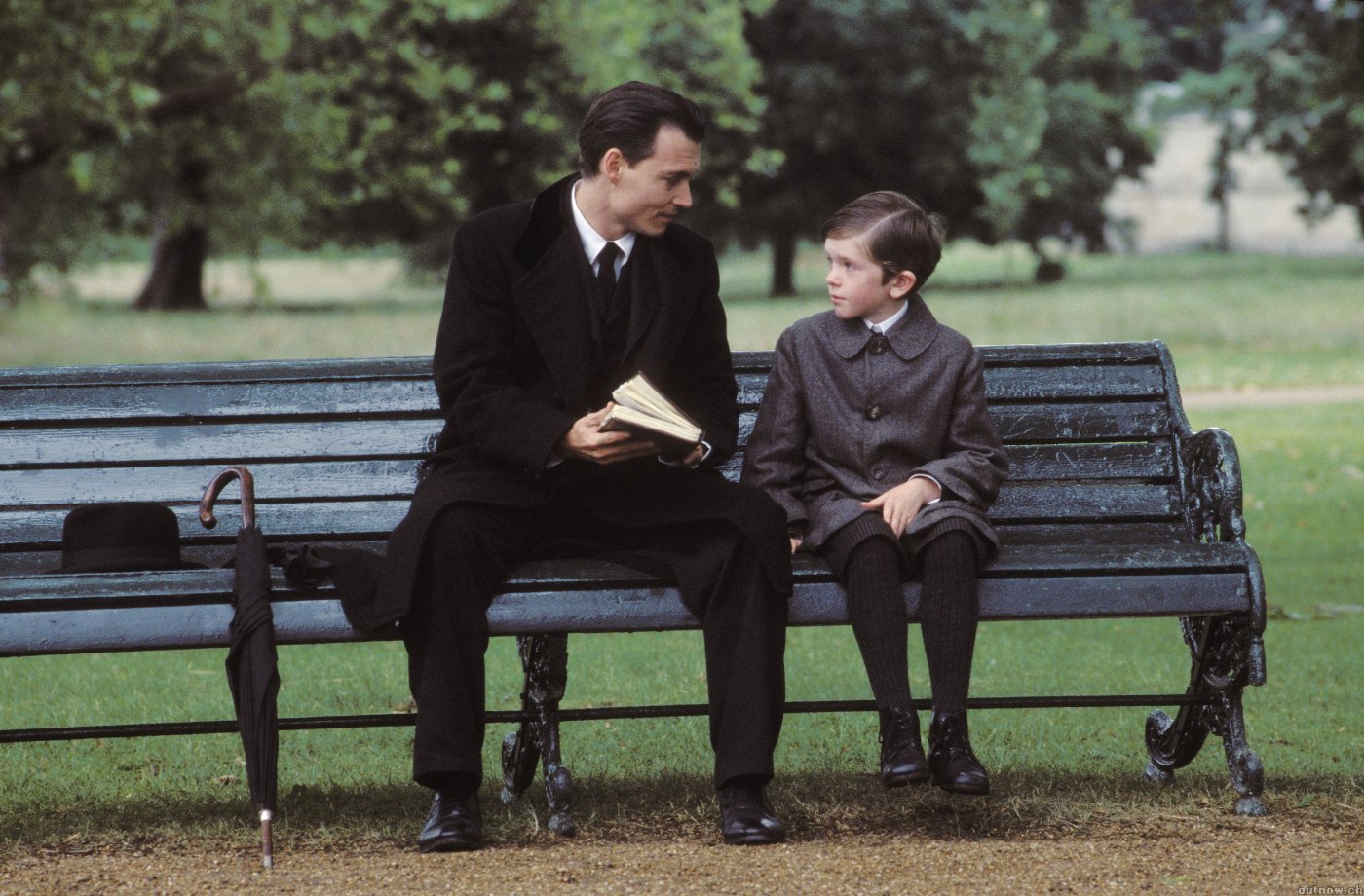 Last month we looked at The Man Who Invented Christmas, which told the story of Charles Dickens as he wrote A Christmas Carol.

After his latest play flops at the theater, writer J.M. Barrie (Johnny Depp) feels lost and is looking for inspiration. With his stagnant marriage at a dead end, Barrie heads to the park for fresh air, where he meets the widow Sylvia (Kate Winslet) and her four sons who are easily entertained by the famous playwright’s playfulness and sense of humor. As the weeks pass, Barrie finds himself spending more and more time with Sylvia and her children. Their carefree adventuring and pretending is just the sort of cathartic and imaginative inspiration Barrie has been looking for, and he soon has an idea for a new play about a boy who never grows up.

But while the fantasy of Neverland is taking shape in his mind, real life tightens its grip. Barrie’s wife wants a divorce, Sylvia discovers she has a terminal illness, and her boys, who’ve already lost a father, are having trouble making sense of the situation. If his new play is to be a success, Barrie realizes he must find a balance between his two worlds. He must keep his connection to the fun and frivolity of childish adventure, while facing head-on the harsh realities that come with the weight of adulthood.

While mostly a light-hearted drama, Finding Neverland does deal with the seriousness of death, but is family-friendly.