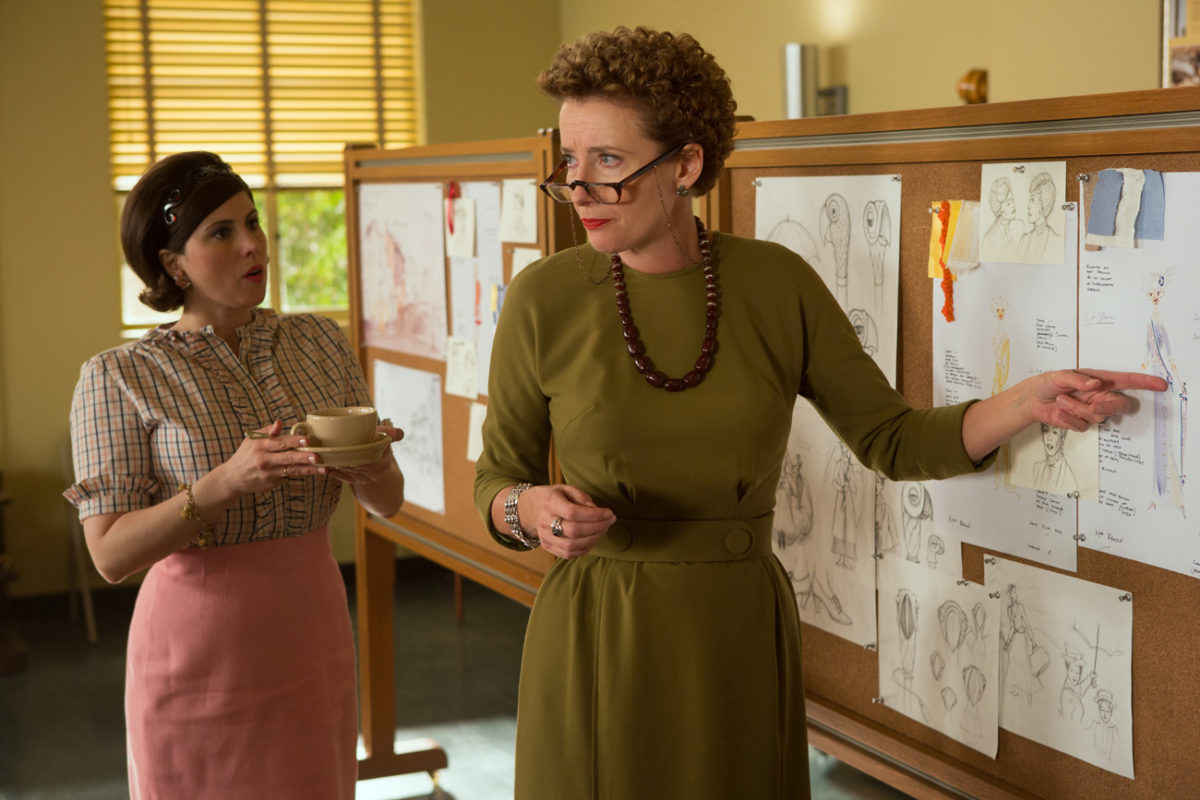 With her book royalties on the verge of drying up, writer P.L. Travers (Emma Thompson) reluctantly accepts an offer to travel to Los Angeles and meet the famous Walt Disney (Tom Hanks), who is eager to buy the rights to her beloved children’s book, Mary Poppins. Travers needs the money, but she’s not overly fond of Disney’s cutesy cartoons and sentimental brand, a forced cheerfulness that rings false to her. She’s not at all reluctant to share her many opinions with the filmmakers and songwriters working on the new production, and they quickly clash on many creative ideas, leaving Travers frustrated and worn out.

But while the grown P.L. Travers may come off as cold and confrontational, we learn more about her through flashbacks to her childhood, where we see a young girl struggling to cope with a father’s sickness, and where the seeds for the idea of Mary Poppins are first planted. As Travers comes to better understand just what the magical nanny means to her, the key to the story becomes clear: it is, as the film’s title reveals, about saving the father figure, Mr. Banks.

While based on actual events, the film no doubt takes many artistic liberties (especially as it is itself a Disney film; history is written by the victors, as they say). Still, the story sheds some interesting light on the complicated author and the possible inspirations behind the popular character, and it may offer fans of the 1964 film a deeper perspective on the classic story. Though the 1964 film Mary Poppins ultimately failed to earn Travers’ approval, it was a resounding success at the box office, becoming Disney’s highest-grossing film at the time.

Some of the drama may be too intense for younger viewers, mainly the struggles with alcohol and sickness we see with Travers’ father in the flashbacks, but the film is otherwise family friendly.