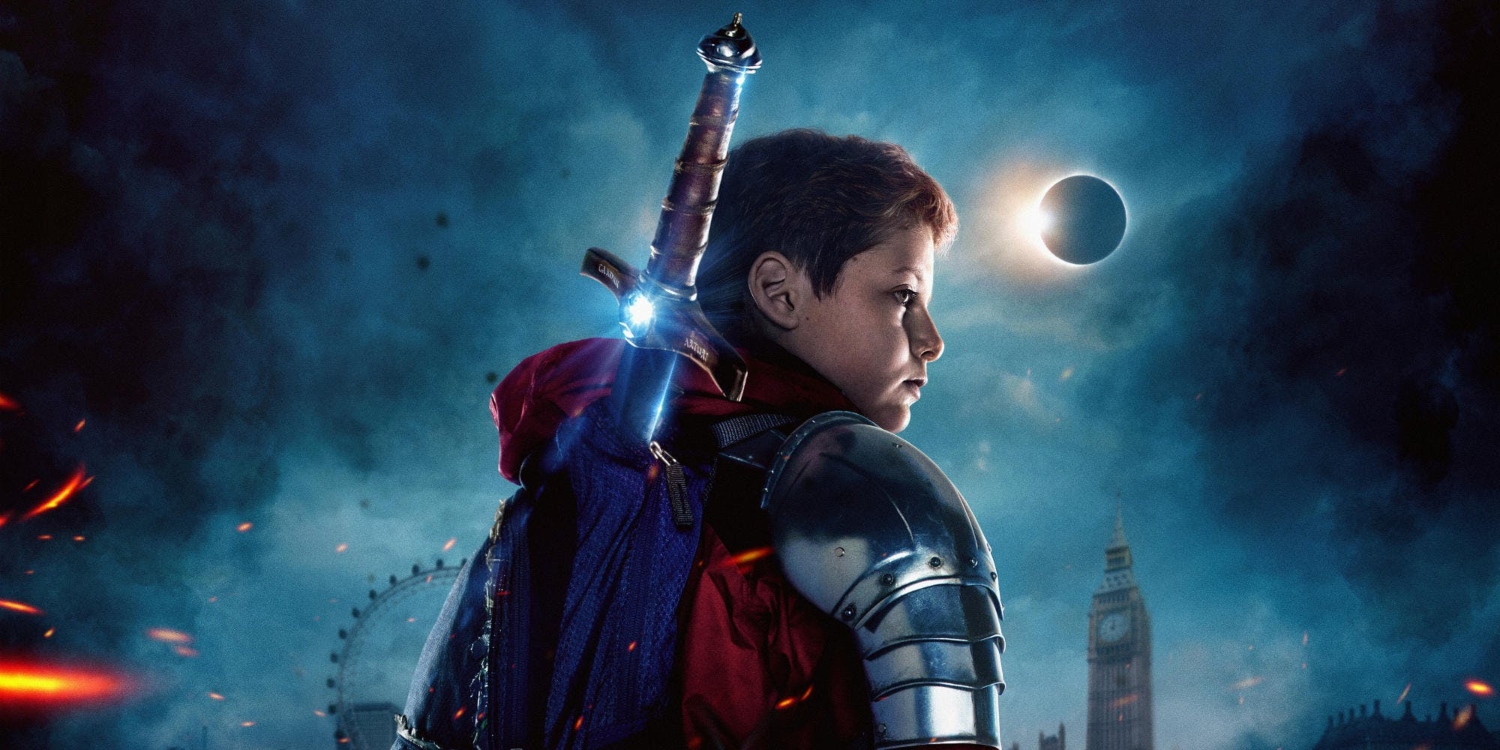 The Kid Who Would Be King

While escaping from a pair of bullies chasing him, 12 year old Alex stumbles upon something peculiar at a construction site: a sword in a stone. Easily pulling it from the rock, Alex unknowingly resurrects Excalibur’s unfinished legend, summoning Morgana, King Arthur’s villainous half sister, who now has a second chance at seizing the sword and its powers for herself. As reimagined elements of Arturian legend creep into modern day Britain, Alex sets out with friends to find his father, hoping that uncovering the secrets of the past may help save the future.

But of course things don’t go as planned when Alex discovers the sad truth about his father, and is forced to reconsider where strength and worthiness truly come from.

The film is similar to the Harry Potter and Percy Jackson films as it features a modern boy swept up into a fantastical adventure where myths and legends come to life. But The Kid Who Would Be King puts a unique twist on the idea, founding the hero’s worthiness not on the luck of being born to the right parents at the right time, or being the subject of some epic prophecy, but rather on the strength of the hero’s character, accessible to anyone.

Like Harry Potter and Percy Jackson films, this film does contain some intense action and battle sequences that may be scary for very young viewers, but the film is family friendly and encourages positive values.