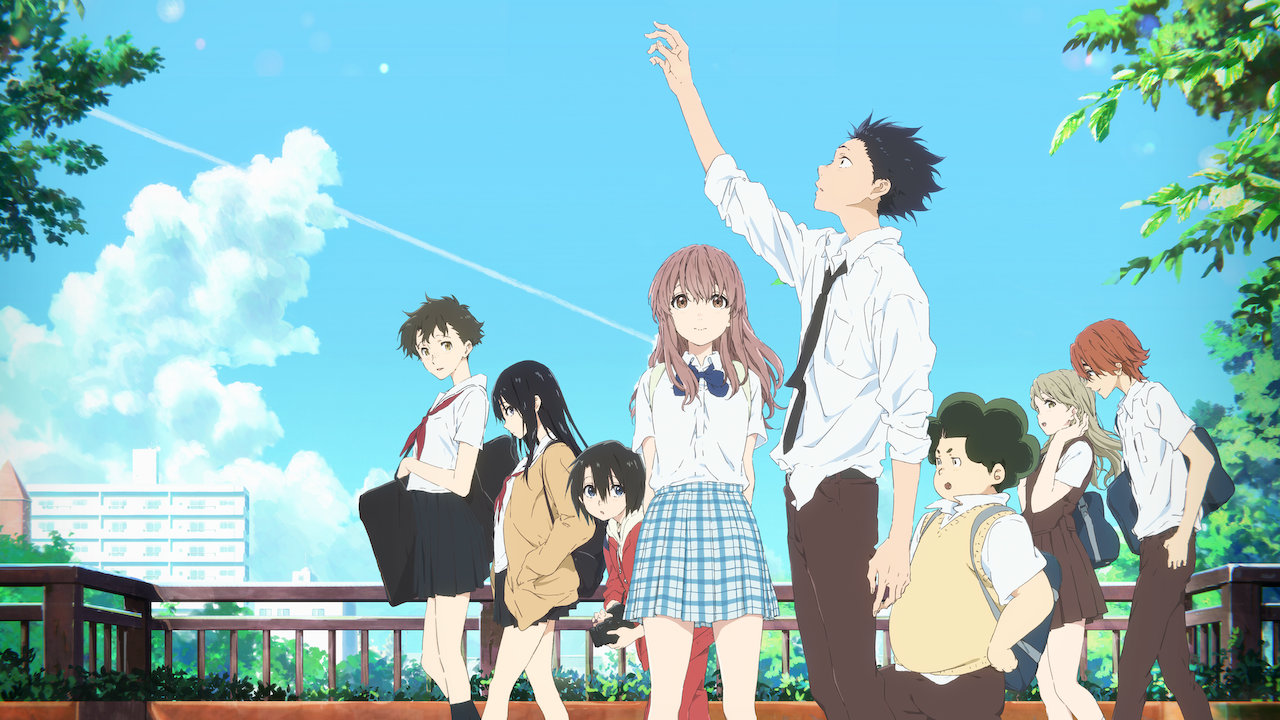 When a deaf student joins Shoya’s middle school class, he is easily annoyed by her deafness, which makes communication a challenge. Shoya overcomes his discomfort by becoming a bully, teasing and mocking the new student. But the strategy backfires when the new student transfers to a new school and Shoya is blamed for it. Now ostracized and bullied himself, Shoya becomes a loner, wary of making friends. (He imagines X’s drawn over people’s faces, believing it best to ignore them.)

Years later, in highschool, Shoya seeks out the deaf girl he had bullied all those years ago, hoping that apologizing will afford him some feeling of redemption. But upon seeing her again and realizing that she’s lonely as well, he decides to try to build a friendship, hoping that perhaps they can both heal from the past. In doing so, they’ll reconnect with other friends from their past while facing and trying to make sense of deeper fears, hopes, and insecurities.

The film is unique in that, rather than simply writing off a bully as a villain (or, as is common in villain origin stories, simply a victim himself), the story acknowledges that humans are complicated and that our decisions and motivations are rarely easy to explain. In this way, the film invites us to explore different characters’ perspectives rather than making simple judgments based on a few limited actions. The film explores the nature of bullying, the meaning of friendship, the cultivation of healthy self-esteem, and the transformative power of giving and accepting true forgiveness.

Although it is an animated film, the story deals with some mature topics that are likely more appropriate for older audiences. (It is not rated by the MPAA, but would most likely be PG-13. Be sure to visit the parents guide for more information.)