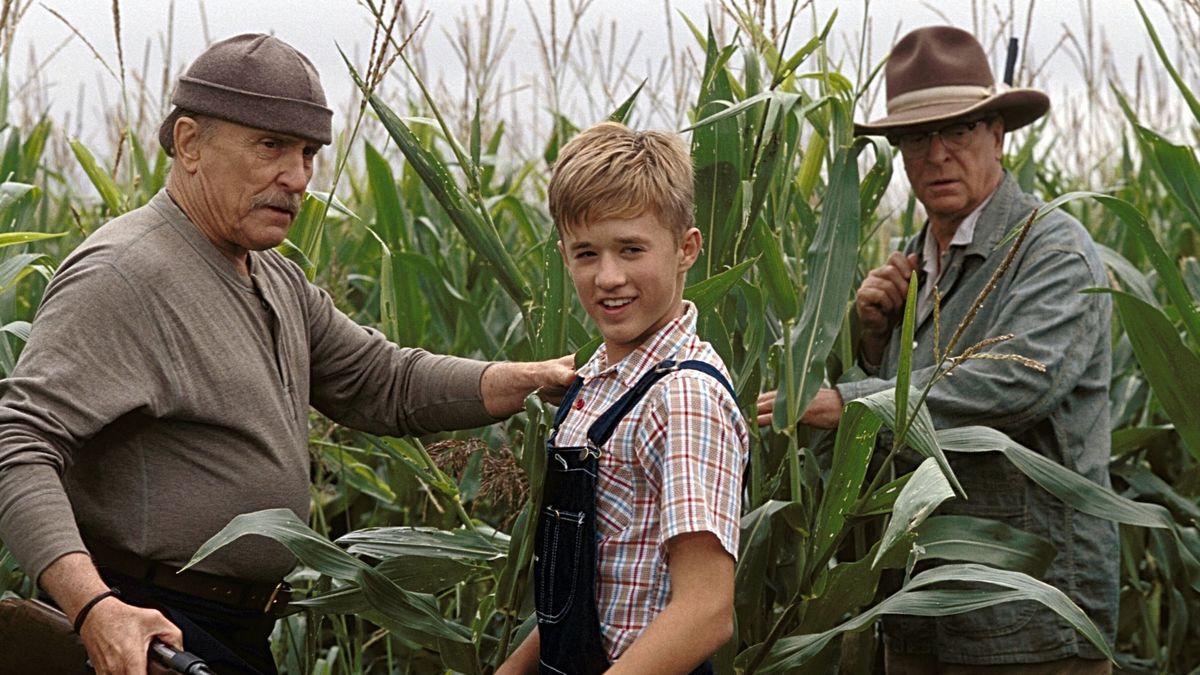 When the young Walter is forced to spend the summer with his two old eccentric great uncles (Robert Duvall and Michael Caine), he’s not too happy about it. He’s never met them before, they don’t own a telephone or a television, and they live out in the middle of nowhere. But they’re supposedly filthy rich, and Walter’s mother encourages him to try and find where they’ve hidden their money.

After discovering that his mother lied to him about where she’s spending the summer, Walter begins warming up to his uncles. He’s especially interested in hearing exciting stories from their adventurous past. But after hearing from townsfolk that his uncles are more likely to be retired criminals, Walter isn’t sure what to believe, and is fed up with being lied to. Before the summer ends, he’ll have to decide whether or not his uncles really deserve to keep their hidden riches.

Although a light-hearted mix of comedy, drama, and adventure, Secondhand Lions manages to explore some profound themes, such as what it means to truly believe in something when you don’t know the truth, and what it means to live with purpose when you feel your “glory days” are behind you. The film is family friendly, but includes some minor action violence involving swords, knives, and guns, but nothing very intense.