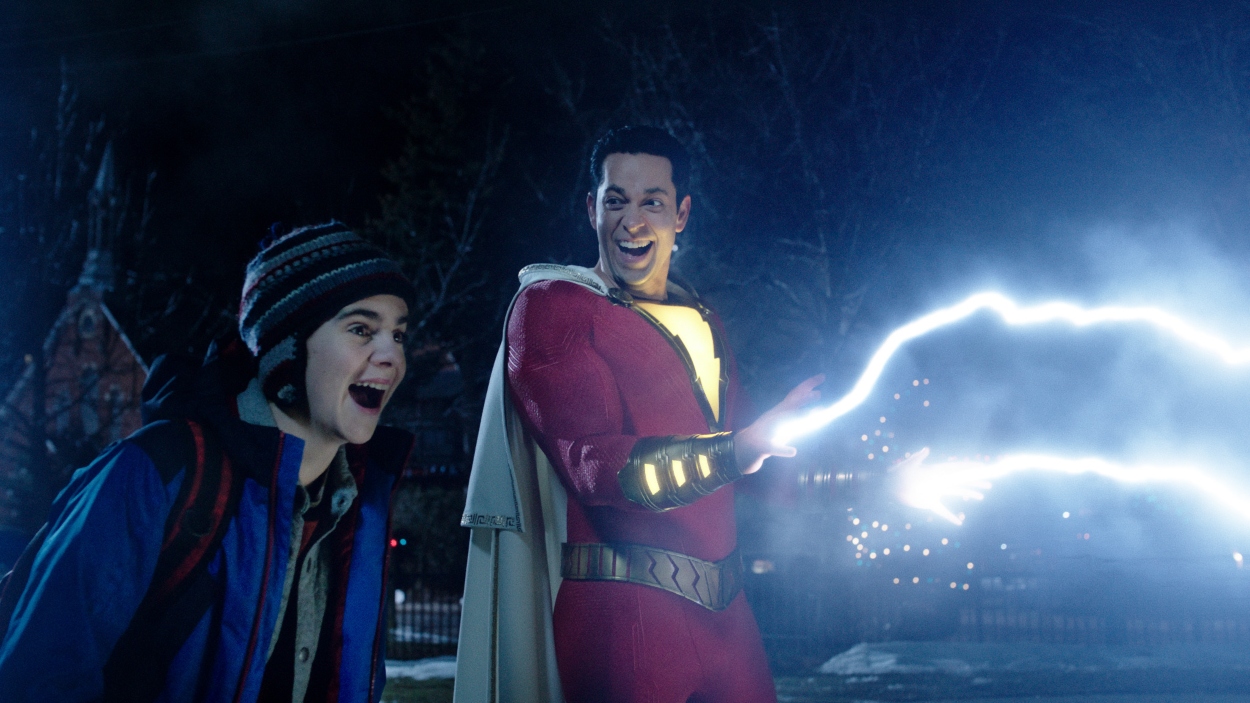 Billy Batson is a 14 year old orphan who’s determined to track down his birth mother, which means he’s often running away from foster homes and getting in trouble. Not long after moving into yet another foster home, Billy is magically transported to another realm where he is deemed worthy to be given mysterious powers. Now whenever he says the name “Shazam” he is transformed into an adult superhero.

Being a superhero allows Billy and his friend to enjoy experimenting with his crazy new superpowers, along with all the privileges that come with looking like an adult. But, as in most superhero films, there’s a villain on the loose tracking him down, in this case one that wants Billy’s new powers for himself.

A superhero film that leans heavily to the comedic side, Shazam! is about more than just action and superpowers as it examines the value of trusting in friends and affirms that family means more than blood relations. The film is rated PG-13, and some stylized violence and moments of crude humor may be inappropriate for very young viewers.