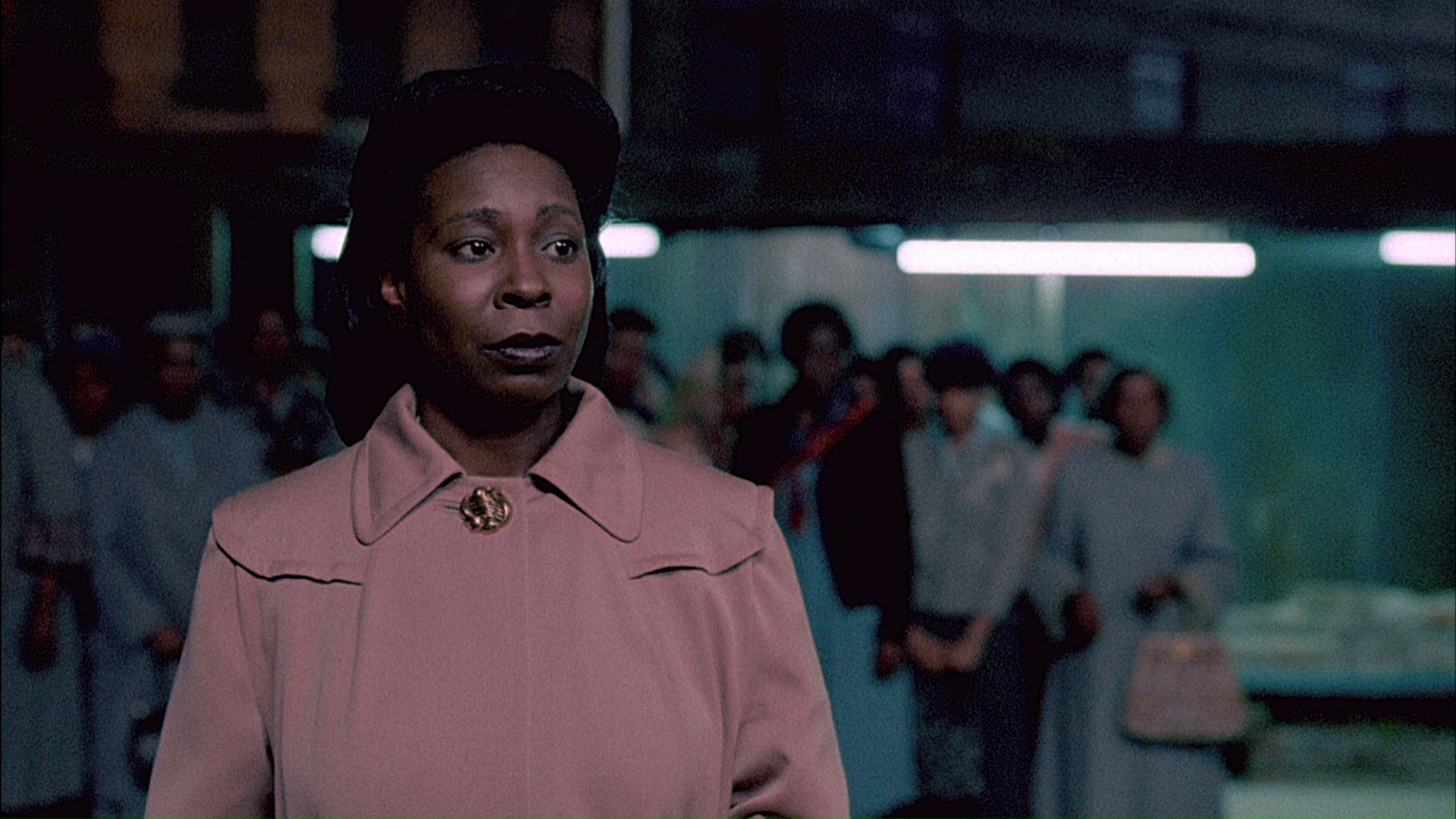 In honor of Martin Luther King Jr. Day, here’s an historical drama from 1990.

In 1955 Montgomery, Alabama, the upper-class well-to-do Miriam (Sissy Spacek) is happy to have the help of the honest and hard-working maid Odessa (Whoopi Goldberg). When Odessa participates in the historic Montgomery Bus Boycott, she’s forced to walk to and from Miriam’s home each day. As Miriam begins giving her rides, she begins to realize that the bus boycott is not just a frivolous dispute about where to sit, but just one piece of a larger social conflict.

While Odessa struggles with the strain the boycott places on her own family, Miriam finds herself caught between her concern for Odessa and the unsavory racial attitudes of her friends and family, and must decide where her values lie, especially as local political and racial tensions continue to rise.

While the racial prejudices presented in the film will hold no attraction whatsoever to viewers, the film asks us to consider just what it takes to stand up to intense social pressure with courage, patience, and love. The film is rated PG, but some language, racial epithets, and intense dramatic scenes may be inappropriate for younger viewers. (See IMDb’s parents guide for more information.)