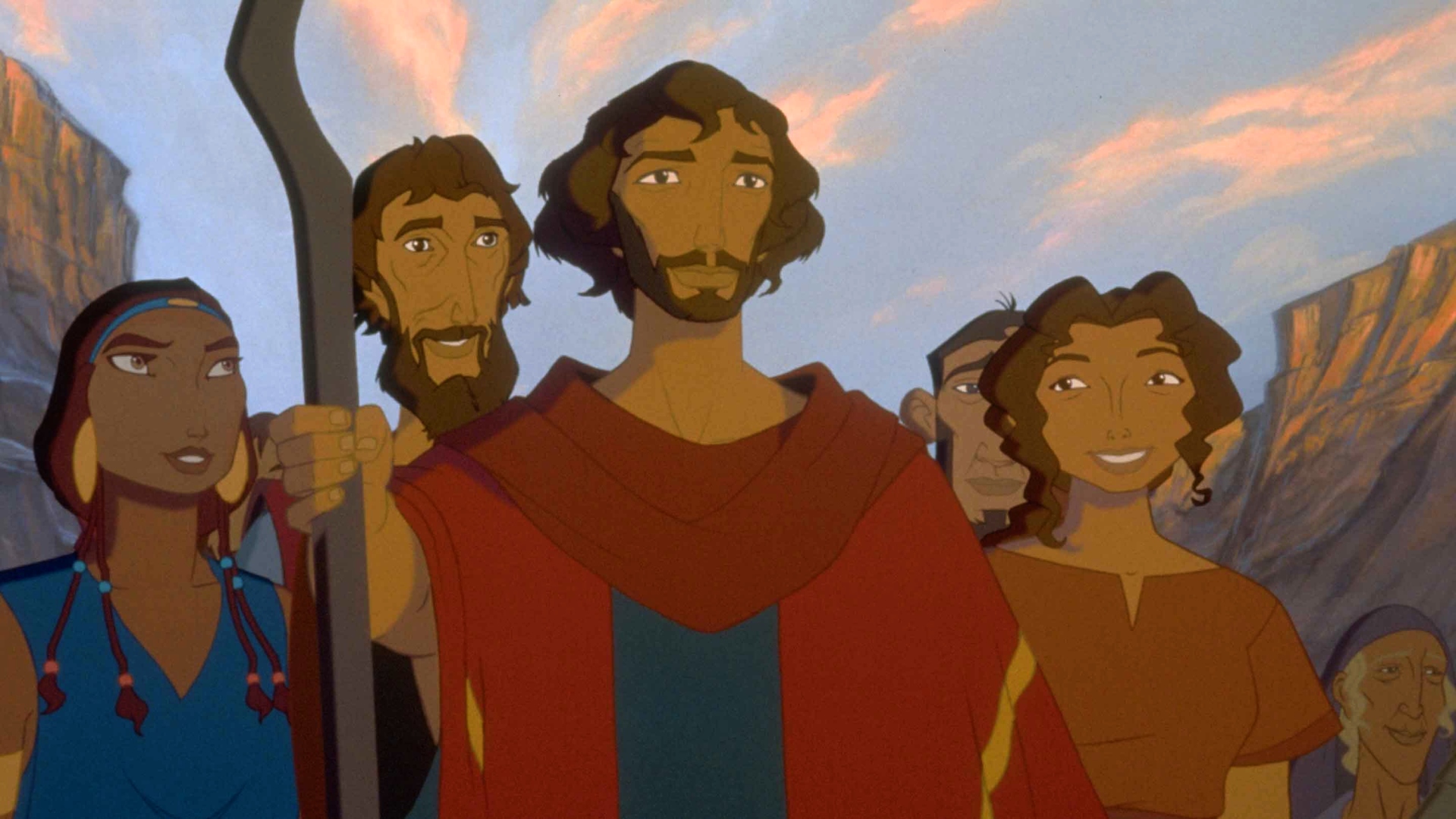 The Prince of Egypt

This animated classic from 1998 tells the well-known story of Moses leading the Hebrews out of Egypt. As an infant, Moses escapes the ordered killing of newborns when his mother sends him down the Nile River in a basket, which delivers him to the Pharaoh’s palace, where the Pharaoh’s wife finds him and decides to adopt him. Thus he grows up living a life of wealth and power with his adoptive brother, Rameses. But his sense of self is shattered when he learns the truth about his origins, that he is actually the son of slaves and only narrowly escaped death.

After running away, Moses finds peace for a time outside of Egypt. But God, through the famous burning bush, instructs him to return to Egypt to help those he left behind and lead his people, the Hebrews, out of slavery. God aids Moses in the quest with a number of miracles, most memorably the deadly plagues, as Moses faces Egypt’s new Pharaoh, Rameses.

Primarily based on the Book of Exodus (with some obvious artistic flourishes here and there), and featuring a number of memorable songs and a powerful score, this debut animated feature from Dreamworks deftly sets the foundations for lessons one can spend the rest of their life pondering, such as “looking at your life through Heaven’s eyes” (as our human perspectives are woefully inadequate in seeing our role in the grand design for which God created us), and trusting in God’s mercy and strength when things seem hopeless.