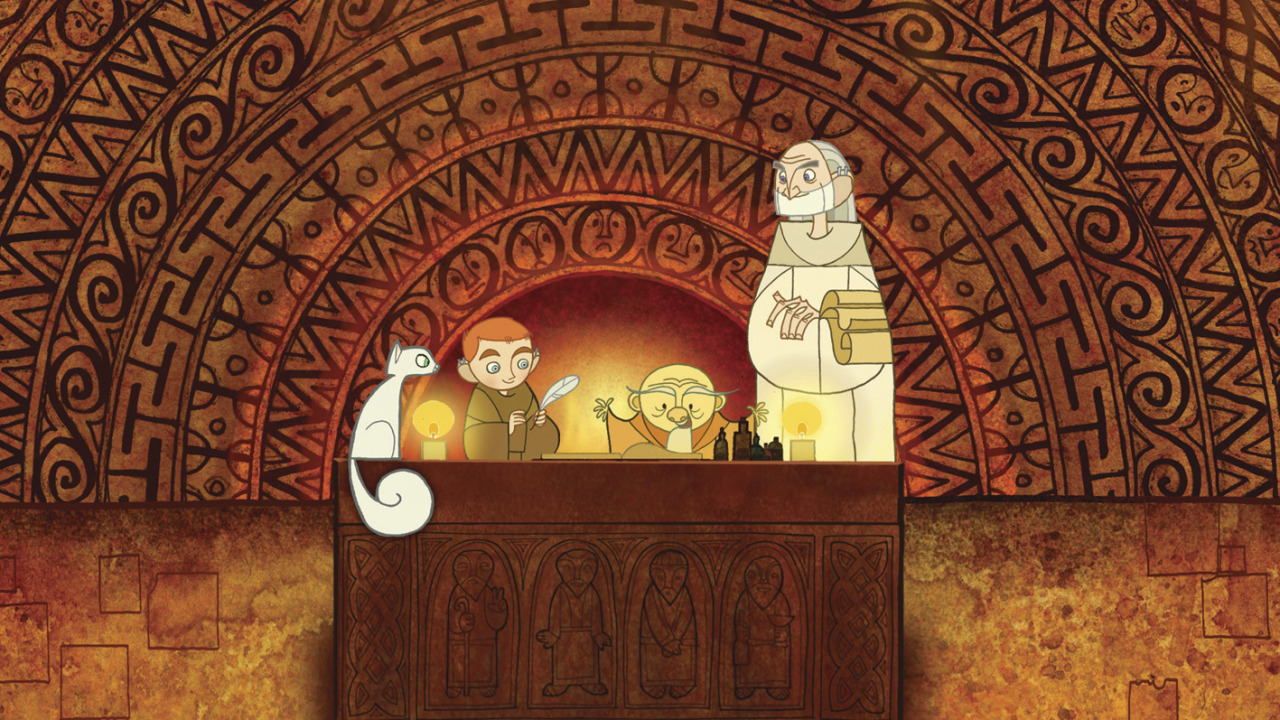 The Secret of Kells

As it is St. Patrick’s Day (or was when this was posted), how about a movie with a bit of an Irish flavor?

The Secret of Kells imagines the creation of the Book of Kells, a real 9th century manuscript containing the four gospels of the New Testament, notable for its many ornate illustrations and named for the Irish abbey that housed it for centuries, the Abbey of Kells.

Beautifully animated in a style inspired by the book’s illustrations, the film follows Brendan, a young boy living in the Abbey of Kells with his uncle. Soon an old monk moves into the abbey (after his own monastery was raided by Vikings), bringing with him a trusty white cat and a captivating manuscript that he is working to complete. Brendan is easily fascinated by the old monk and his mysterious book, and is delighted when he is asked to help.

So begins Brendan’s adventures as he battles both fantastical forces beyond the abbey’s walls, and his strict uncle’s efforts to keep him locked inside the abbey, fearing the dangerous Vikings outside.

The film blends Christianity with elements of pagan folklore, most notably casting the pagan god Crom Cruach as a villain trying to thwart the creation of the book, but ultimately casts Christianity and the truths illuminated in the gospels as triumphant sources of light worth sharing with the world.