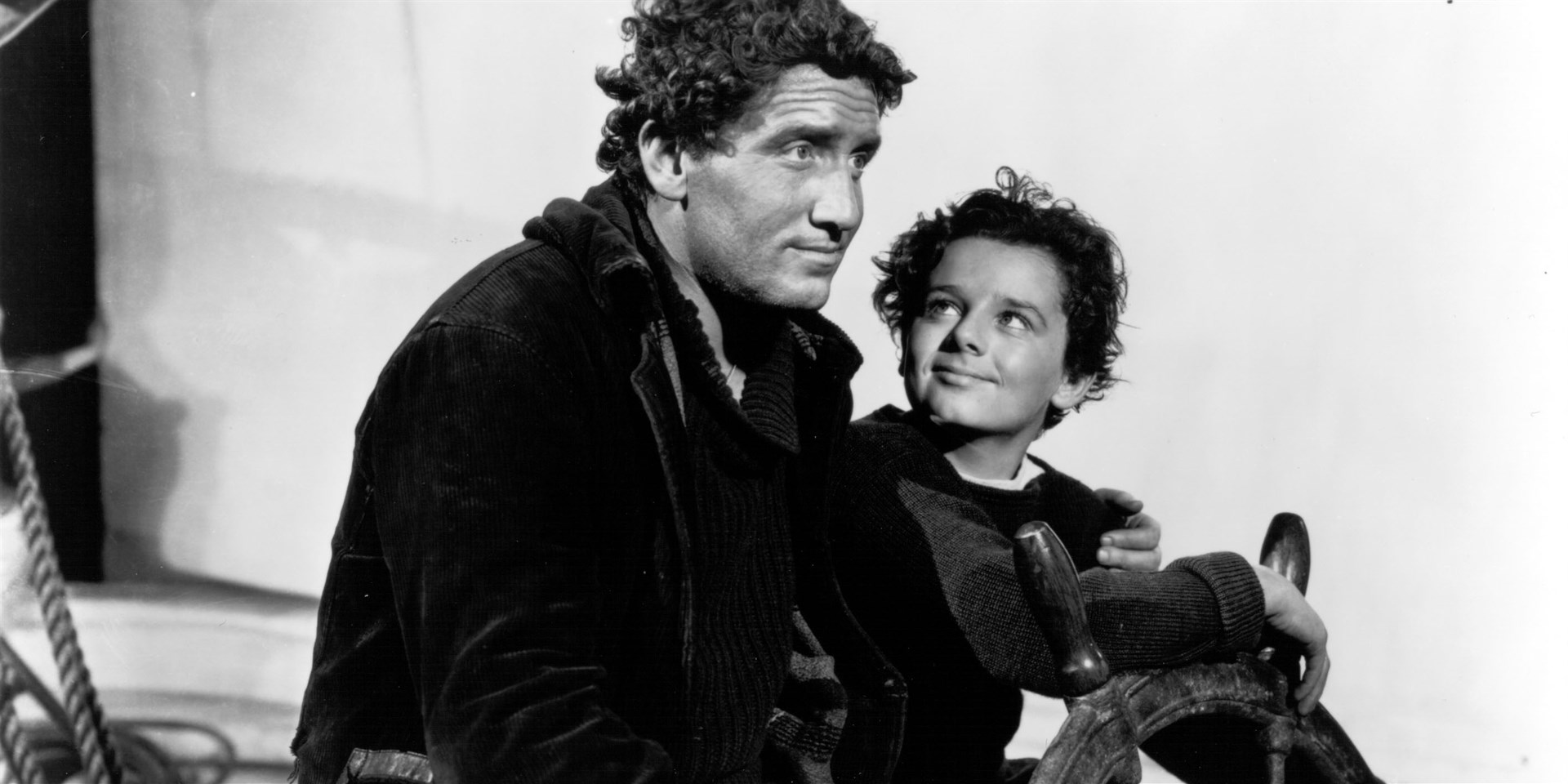 Like the director Victor Fleming’s other classic films (namely The Wizard of Oz and Gone With the Wind) Captain’s Courageous is a film everyone should see at least once in their life. Based on the short novel by Rudyard Kipling, it is also a rare movie that is actually better than the book. It tells the story of Harvey, the young son of a wealthy businessman. With his father often away on business, Harvey has become a spoiled, bossy, egotistical brat who’s used to getting his way.

But Harvey gets a cold splash of reality, both figuratively and literally, when he accidentally falls overboard from a steamship. He’s rescued by a fishing schooner, whose fisherman doubt his story of being a rich man’s son, and they are hardly willing to abandon their entire season of fishing to sail him to New York to find his father. He’ll just have to ride along with them as they finish their work. They even offer him fair wages if he’ll pitch in and help, but they won’t put up with his bratty sense of entitlement.

Harvey soon forms a friendship with a particular fisherman, Manuel (played by Spencer Tracy), who, with his kind-hearted but no-nonsense attitude, is just the sort of role model Harvey’s been missing.

Captain’s Courageous is perhaps particularly appropriate in this “Year of St. Joseph” as it touches on some of the same themes the Holy Father mentions in his Apostolic letter Patris Corde, particularly:

An aspect of Saint Joseph that has been emphasized … is his relation to work. Saint Joseph was a carpenter who earned an honest living to provide for his family. From him, Jesus learned the value, the dignity and the joy of what it means to eat bread that is the fruit of one’s own labour. … Work is a means of participating in the work of salvation, an opportunity to hasten the coming of the Kingdom, to develop our talents and abilities, and to put them at the service of society and fraternal communion.

While our modern world often tempts us to view work as a means to power and money, Harvey’s adventure on the humble fishing schooner helps remind him (and us) that the value and meaningfulness of work lies elsewhere.