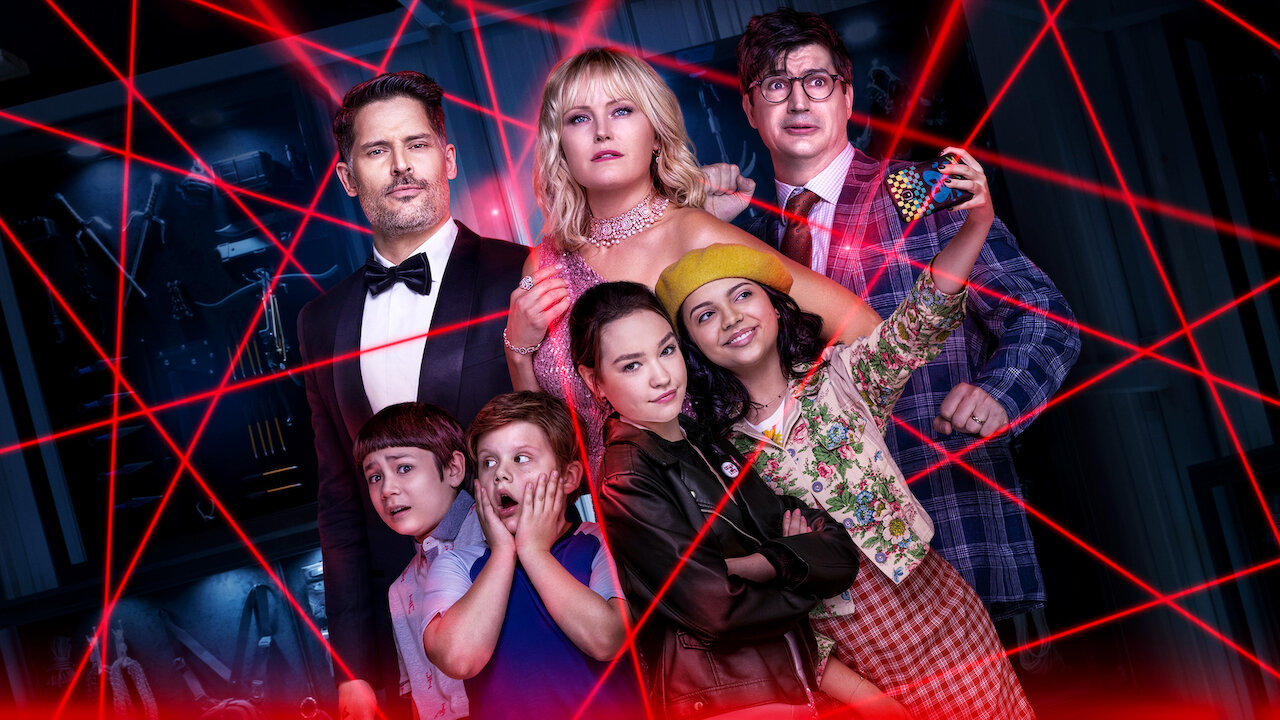 Here’s a light-hearted action comedy with a ridiculous but very fun plot.

After her parents deny her permission to attend a party one night, the teenage Clancy and her friend decide to sneak off to it anyway. But before they manage to even leave the backyard (where her little brother and his friend are camping out, having a sleepover), her parents are suddenly kidnapped.

Clancy soon learns that her mother is actually an ex-criminal and has been living in the Witness Protection Program after having turned in her former crime boss. Now her past criminal connections have found her and want her help once more, this time to steal a priceless treasure.

Following clues left by their mother, Clancy, her brother, and their friends set out to uncover the secrets of her mother’s past life and rescue her parents from their plight. In proper action comedy fashion, hilarity ensues.

This film may admittedly be a bit short on meaningful moral themes, but it does manage to show a family learning from their mistakes and growing closer to each other. It’s also just an enjoyable and humorous adventure, great for a night of simply relaxing, laughing, and enjoying each other’s company. Some slapstick action violence and mild crude humor may be inappropriate for very young viewers, but the film is otherwise family-friendly.