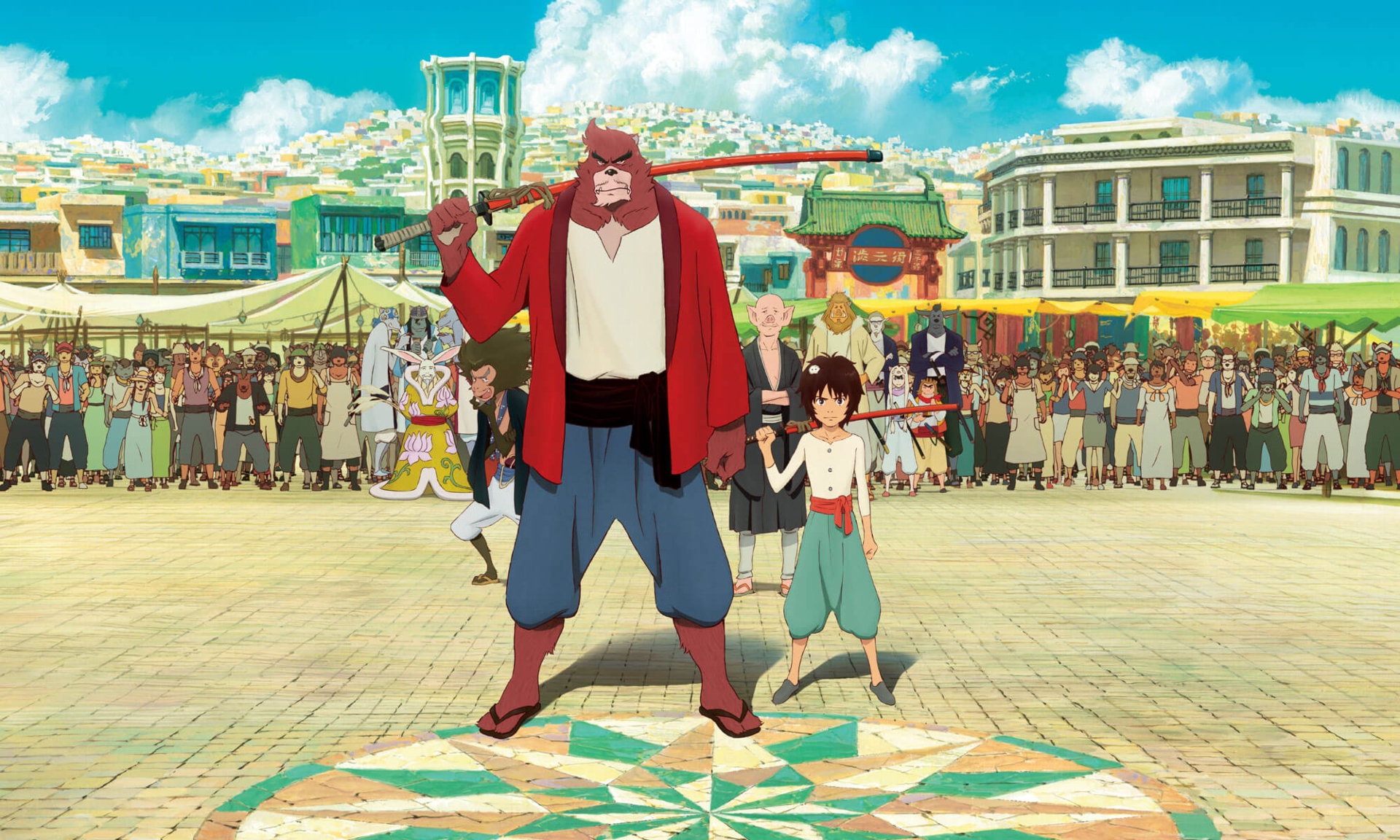 The Boy and the Beast

Refusing to live with his new guardians after his mother dies, nine year old Ren runs away, losing himself in the streets of Tokyo. He is soon found by Kumatetsu, a bear-like beast from a parallel world, who offers to take him in and train him as a disciple. Ren is reluctant to agree, but follows the stranger nonetheless, finding himself in the midst of a different world filled with non-human animal-like creatures.

While it takes Ren and his new beast guardian some time to learn to get along as they challenge each other’s weaknesses, they ultimately form a bond and find a way to effectively train. But when Ren finds a way back to the human world years later, he’s torn between the two worlds, feeling like he doesn’t belong in either, and is unsure which one to call home.

This film may admittedly be a bit strange, but fans of anime fantasy may be more accepting of its sometimes bizarre magic. And while it features plenty of action and excitement, it also explores complicated human emotions, such as our feelings of belonging and how we might too easily be consumed by our desires. The film is likely more appropriate for older viewers as it contains some intense action sequences, mild violence, and some scary imagery. (Check the parents guide for more information.)