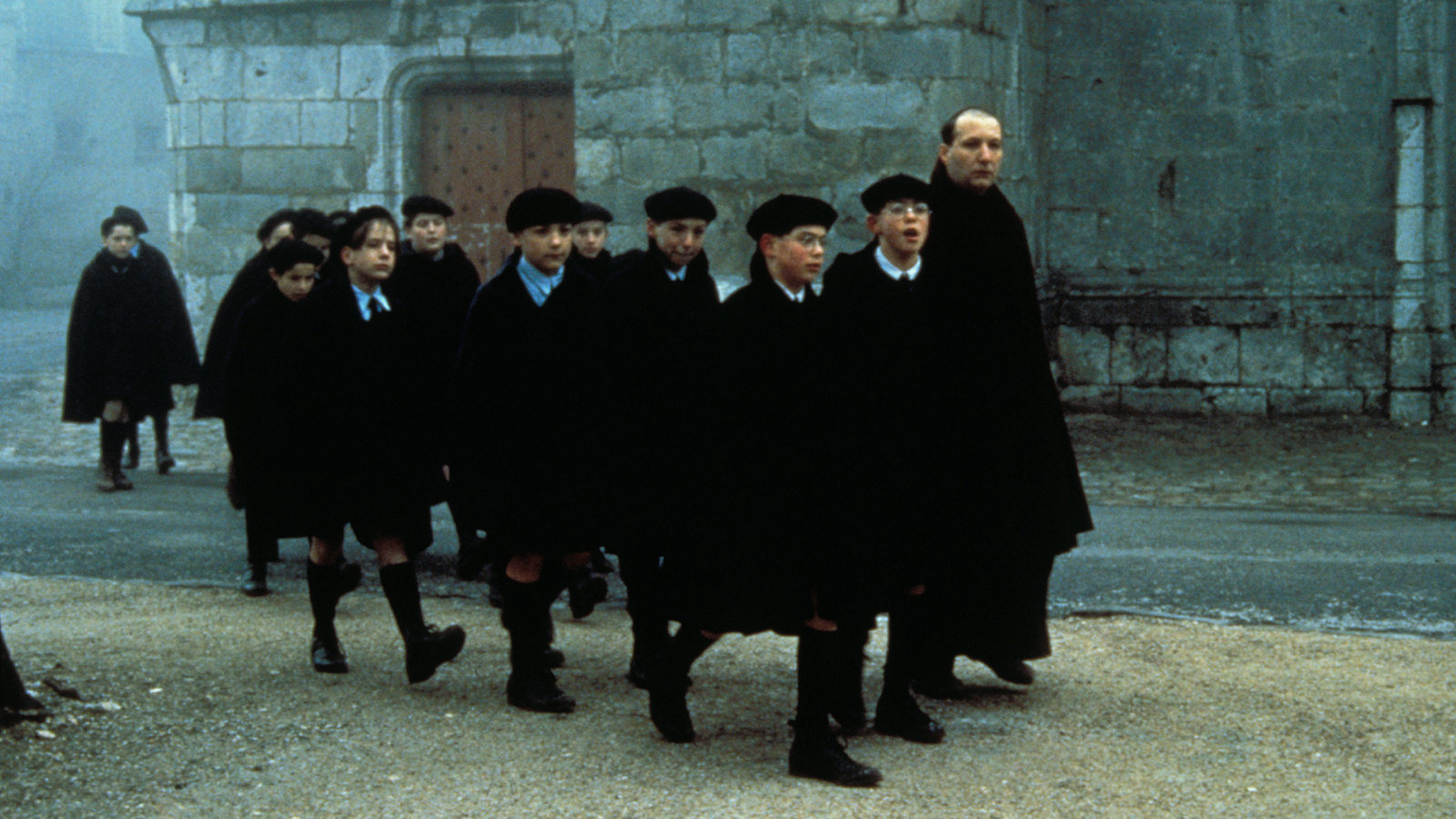 This week’s film, whose title translates to Goodbye, Children, is a foreign drama that’s more appropriate for older viewers.

In 1944 occupied France, the young Julien miserably returns to the drudgery of a Catholic boarding school for boys. When the headmaster introduces a new student, Julien is not eager to get along, instead teasing the awkward and quiet new schoolmate. But he slowly begins to realize something is up when he discovers the new student is using a false name and prays in Hebrew.

As Julien and the new student slowly form a close friendship, sharing especially their love of books, Julien begins to understand the gravity of what’s going on, and that his new friend is in very real danger.

Based on the director’s true childhood memories, the film pays tribute to the real-life figure of Father Père Jacques, a Carmelite friar who hid several Jewish refugees in his boarding school before he was arrested and imprisoned.