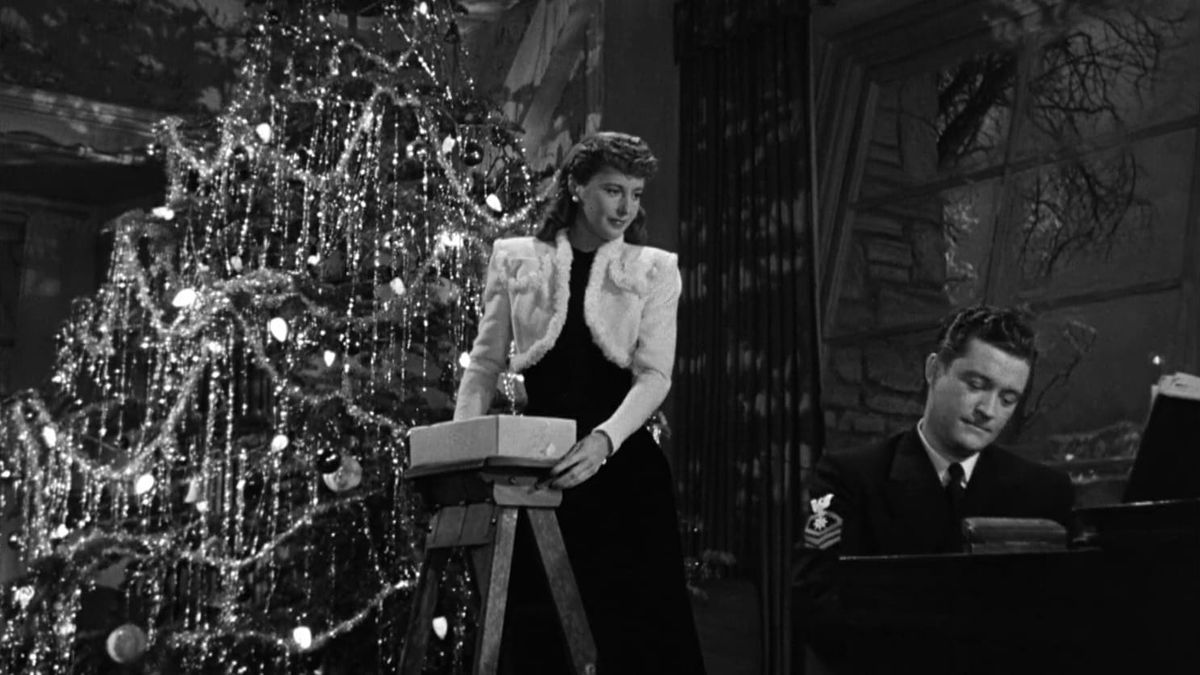 Here’s a seasonal romantic comedy from the 40’s.

Elizabeth Lane is a successful columnist, writing about cooking and life with her husband and baby on her picturesque Connecticut farm. When her publisher arranges for a returning war hero to spend Christmas on her farm, she’s distraught. Her publisher doesn’t know she’s been lying about everything. She can’t cook, doesn’t live on a farm, is not married, and has no baby.

Fearing she’ll be fired, she sets about faking everything: the farm, the husband, the baby, the cooking. Being a romantic comedy, one can guess what happens: she begins falling in love with the visiting war hero while hilarity ensues as she tries to maintain her many lies.

Christmas is admittedly more of a setting than a theme in this one, but it’s an enjoyable light-hearted seasonal comedy nonetheless. It was filmed before ratings existed, but would likely be PG. (It does include some questionable moral behavior considering Elizabeth’s many lies, but it makes no argument that these are at all appropriate.)