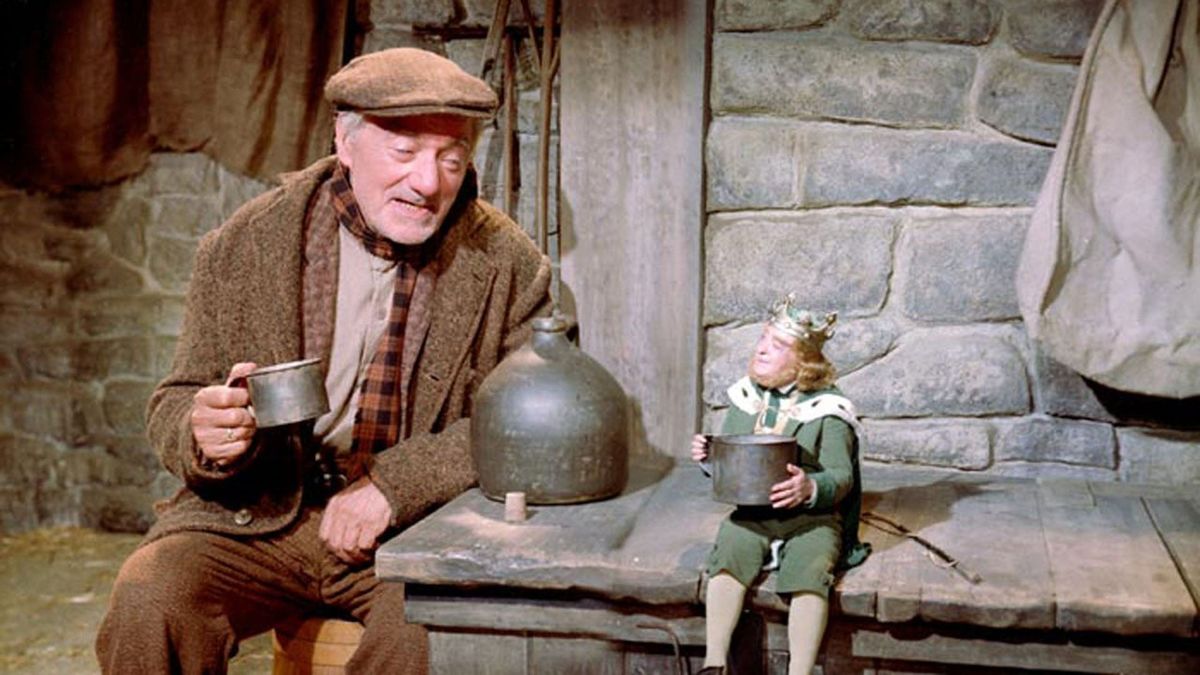 Darby O’Gill and the Little People

With St. Patrick’s Day just around the corner, here’s a light-hearted comedy classic featuring a battle of wits with leprechauns.

The old Darby O’Gill works as an estate caretaker, but his age and habit of spending too much time at the pub lead his employer to hire someone younger to take his place (in this case, a young Sean Connery in one of his first films). Darby is reluctant to tell his daughter that they’ll have to move, but when he manages to capture the king of the leprechauns, he’s convinced that the three wishes he gets will set things right.

But he’s got to be careful with his wishes, as leprechauns are crafty and clever themselves, and a wish made in haste will likely to turn out futile. Still, he can’t take too long, as the town bully is also vying for Darby’s job.

Ultimately the film playfully reminds us that the important things in life are beyond the sorts of things leprechauns can easily fix. There is some drinking (perhaps inevitable for a film set in Ireland and featuring leprechauns), but the film is family friendly.