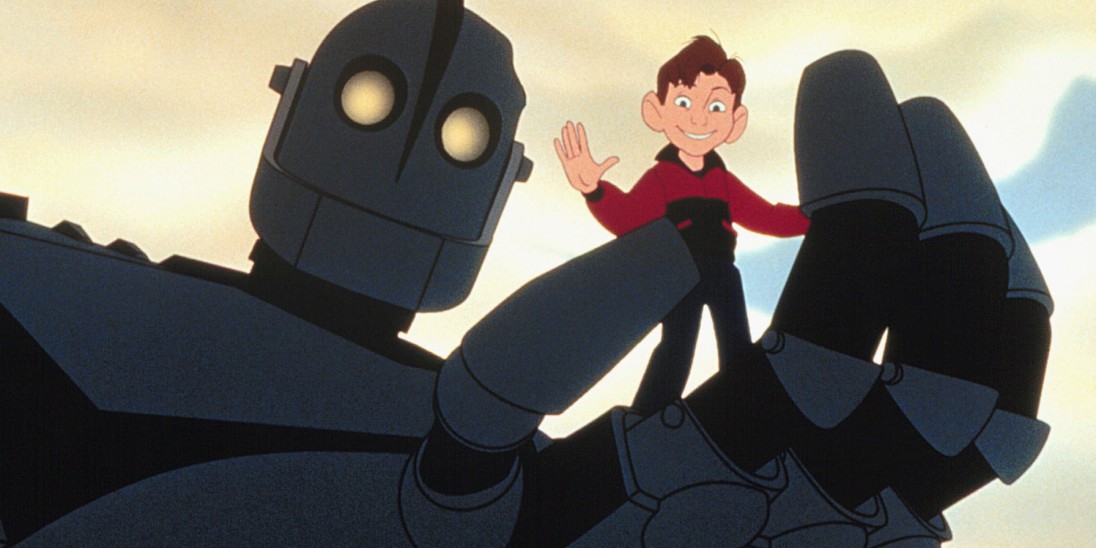 Here’s a lesser-known animated film from the filmmaker who would go on to direct The Incredibles and Ratatouille for Pixar.

Nine-year-old Hogarth lives in a small town in the 1950s. When something mysterious comes crashing down from space, the boy investigates and is surprised to find a giant iron robot attempting to eat pieces of a power station. After saving the robot from electric destruction, Hogarth befriends the strange creature, fascinated by his other-worldly mechanical powers and his playful child-like nature.

But a government agent is soon on the giant’s trail as well, perceiving him as a dangerous threat, a weapon that must be captured or destroyed. Hogarth tries to protect the giant, but when he inadvertently activates the giant’s defensive systems, he realizes he should perhaps not take the giant’s power for granted.

Combining the playfulness of E.T. with the ironic weapon-turned-friend of Terminator 2, The Iron Giant is a fun action adventure that explores themes of friendship, the gift of free will, and ultimately the power of sacrificial love in the face of destructive fear.