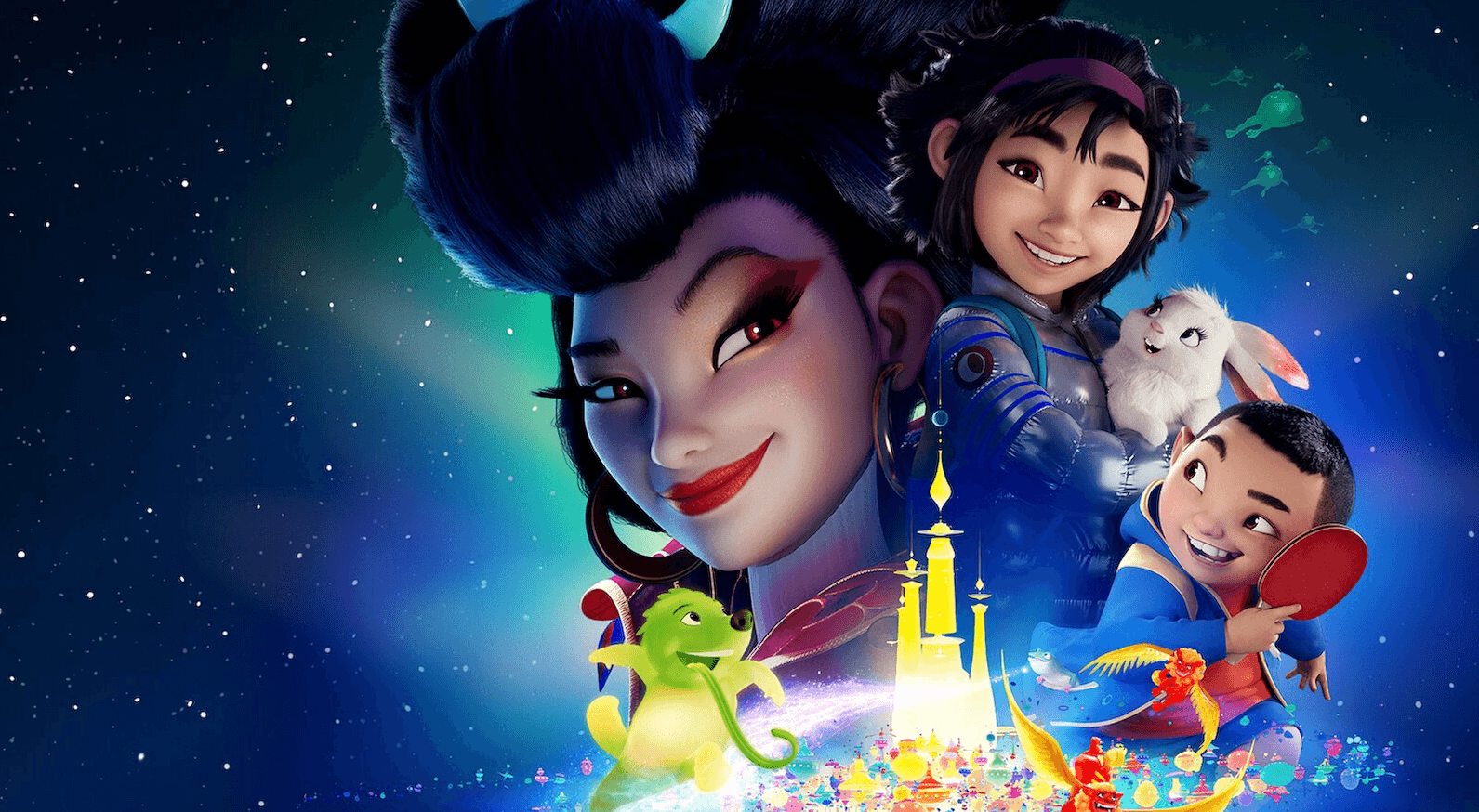 After her mother passes away, teenage Fei Fei is upset that her father has fallen in love again, and hates the idea of having a step mother and an annoying younger step brother. Fearing that her mother’s memory is being replaced, she’s reminded of the Chinese legend of the moon goddess, a legend her mother often retold. Believing that the moon goddess is in fact real, and believing that finding her would help set things right, Fei Fei sets about building a rocket to the moon.

To her amazement, Fei Fei manages to both find her way to the moon and to the moon goddess’s throne. But the moon goddess refuses to help her unless she is given a gift. Now Fei Fei must venture across the moonscapes in search of a gift worthy of a legendary moon goddess. And if the strange creatures that fill the moon weren’t enough, Fei Fei’s future step brother has also stowed along for the ride.

Over the Moon is a fantastical adventure featuring family-friendly humor, a number of songs, and ultimately an important lesson about the nature of love and loss.