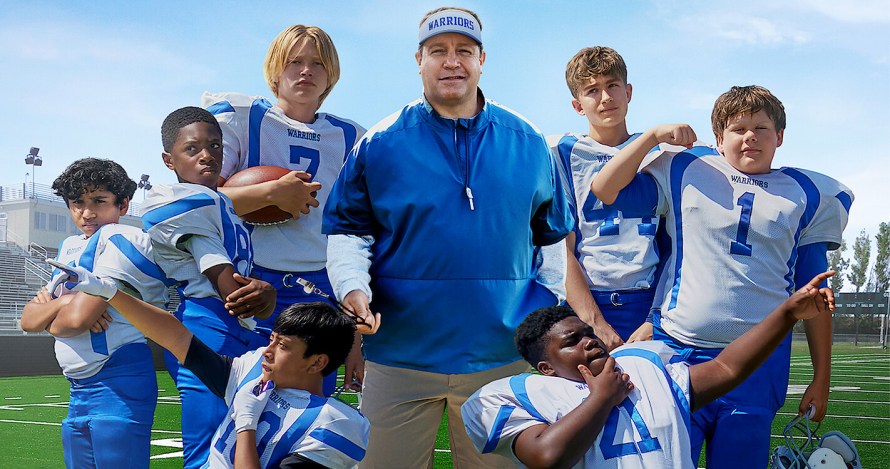 Sean Payton (Kevin James) was doing well as the head coach of the New Orleans Saints football team, but when he’s suspended for a year following a sports scandal, he heads home to Texas, where his son and ex-wife live. Unfortunately, he finds it difficult to reconnect with his son, who resents him for spending so much time away with work. After witnessing the poor performance of his son’s downhearted football team, he decides coaching the young boys himself may offer them some much needed inspiration, and give him an opportunity to mend his relationship with his son.

As is often the case when a Kevin James character sets out to do something, comedy ensues, as various team members (and their parents) work to overcome their individual challenges. And just as the coach’s relationship with his son seems to be headed in the right direction, the taste and thrill of victory begins to tempt the coach to take the game a bit too seriously and forget his priorities.

Inspired by real events (with a brief cameo by the real Sean Payton), the film is mostly a light-hearted comedy, but it does touch on the meaning of being a team, and the importance of keeping one’s priorities in check, especially when it comes to managing ego and competition. The film is rated PG, but does include some mild language and crude humor.