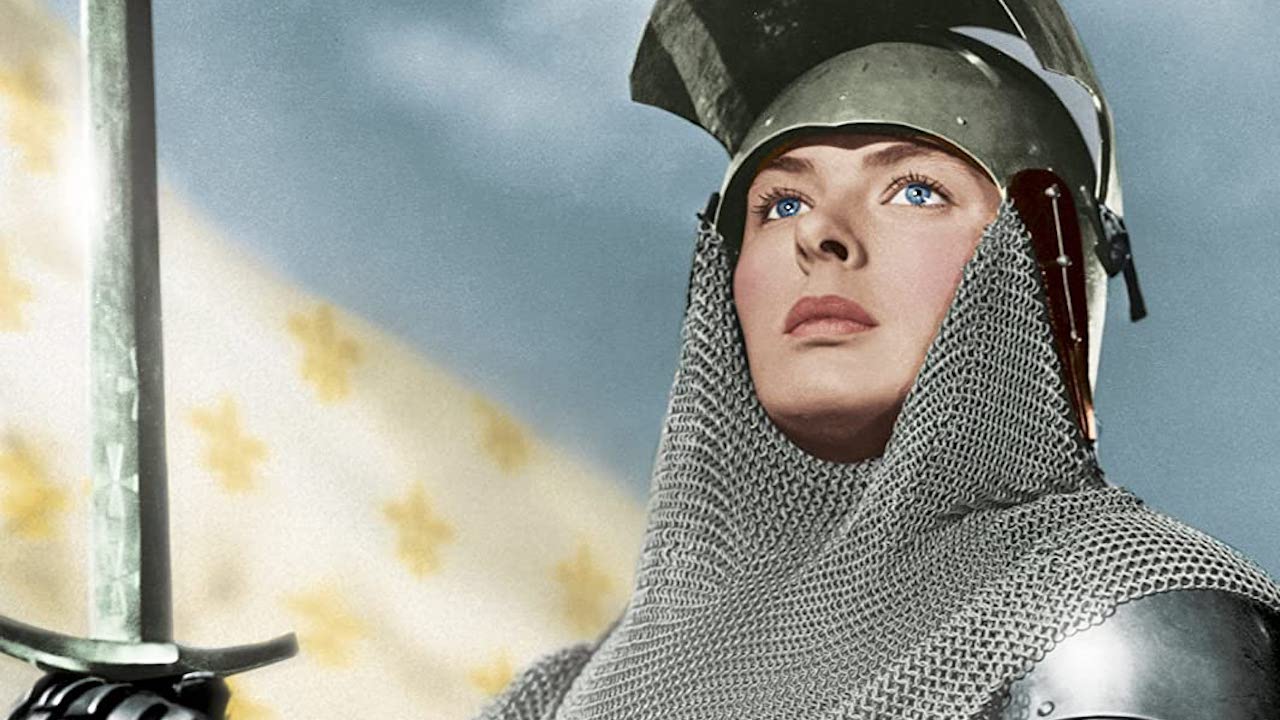 Although All Saints’ Day refers to all saints, both known and unknown, here’s a classic 1948 film about one of the most famous saints.

Devout in her faith and dedicated to prayer, the young Jeanne d’Arc (Ingrid Bergman), a peasant girl in northeast France, is convinced that she is receiving divine visions and directions from God encouraging her to lead France to victory in their already almost century-old conflict with the English (the Hundred Years’ War). When she convinces Charles VII, then heir apparent to the French throne, to send forces to battle the English at Orleans, the French win an historic victory.

Although the French are encouraged by the victory, Joan is soon captured by supporters of England and put on trial for heresy. Now Joan has only her faith to rely on as others try to force her to renounce her visions.

Though the film necessarily simplifies complicated historic events, it provides a decent overview of the life of the patron saint of France, and offers an inspiring look at what true faith can accomplish. The film is not rated, but would likely be PG, featuring only very minor battle violence. (Still, younger viewers may be a bit bored by its long and dialog-heavy runtime.)