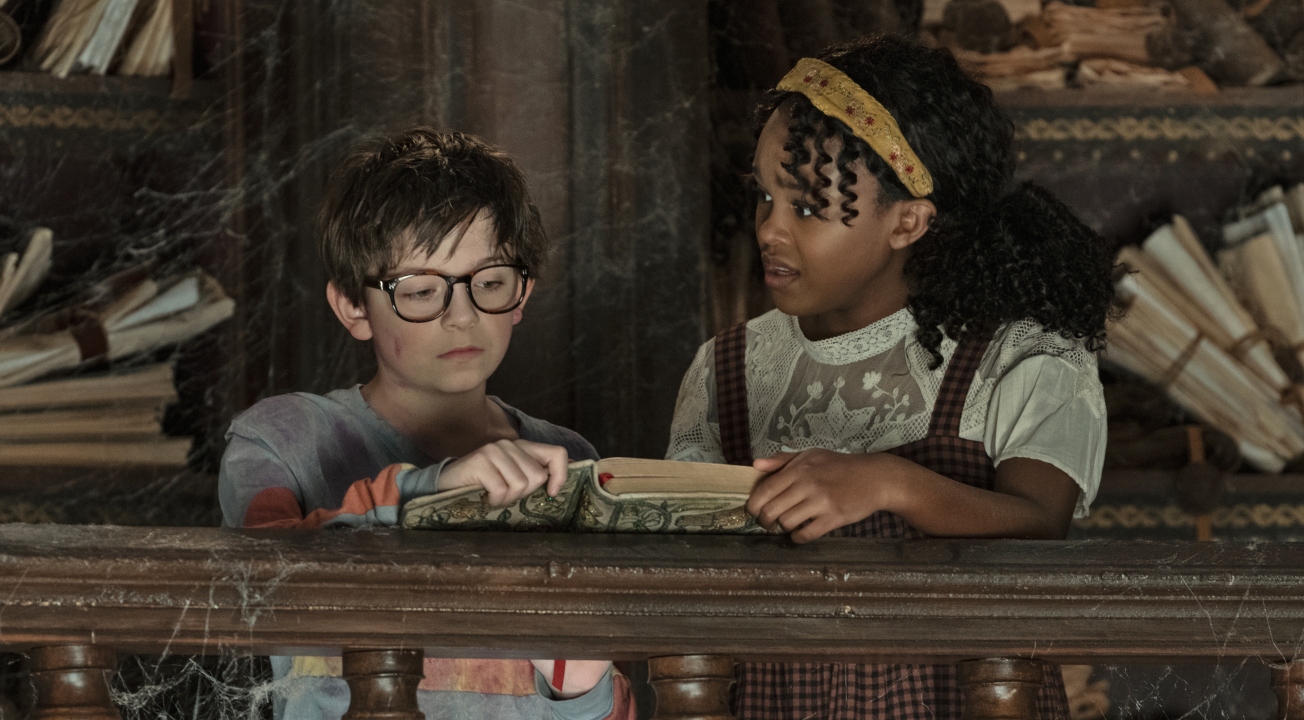 When no one shows up for Alex’s scary-themed birthday party, he begins to hate himself and his interest in writing scary stories. While running away to destroy his story notebooks, he is captured by a witch who’s very interested in his notebooks, and wants to hear a new scary story every night.

But making up new stories is a lot harder when he’s being forced to do so, and the witch is hard to please. With the help of another captured child and some mysterious notes left hidden in the witch’s library, Alex and his new friend plot an escape.

Based on the middle-grade book by J.A. White, Nightbooks offers both a creepy tale for the Halloween season, and a positive message about embracing friendship, creativity, and the weirdness that makes you unique. The film is family-friendly, but does include some crude humor and some images and situations which may be too scary for very young or sensitive viewers.

This film is currently streaming on Netflix.