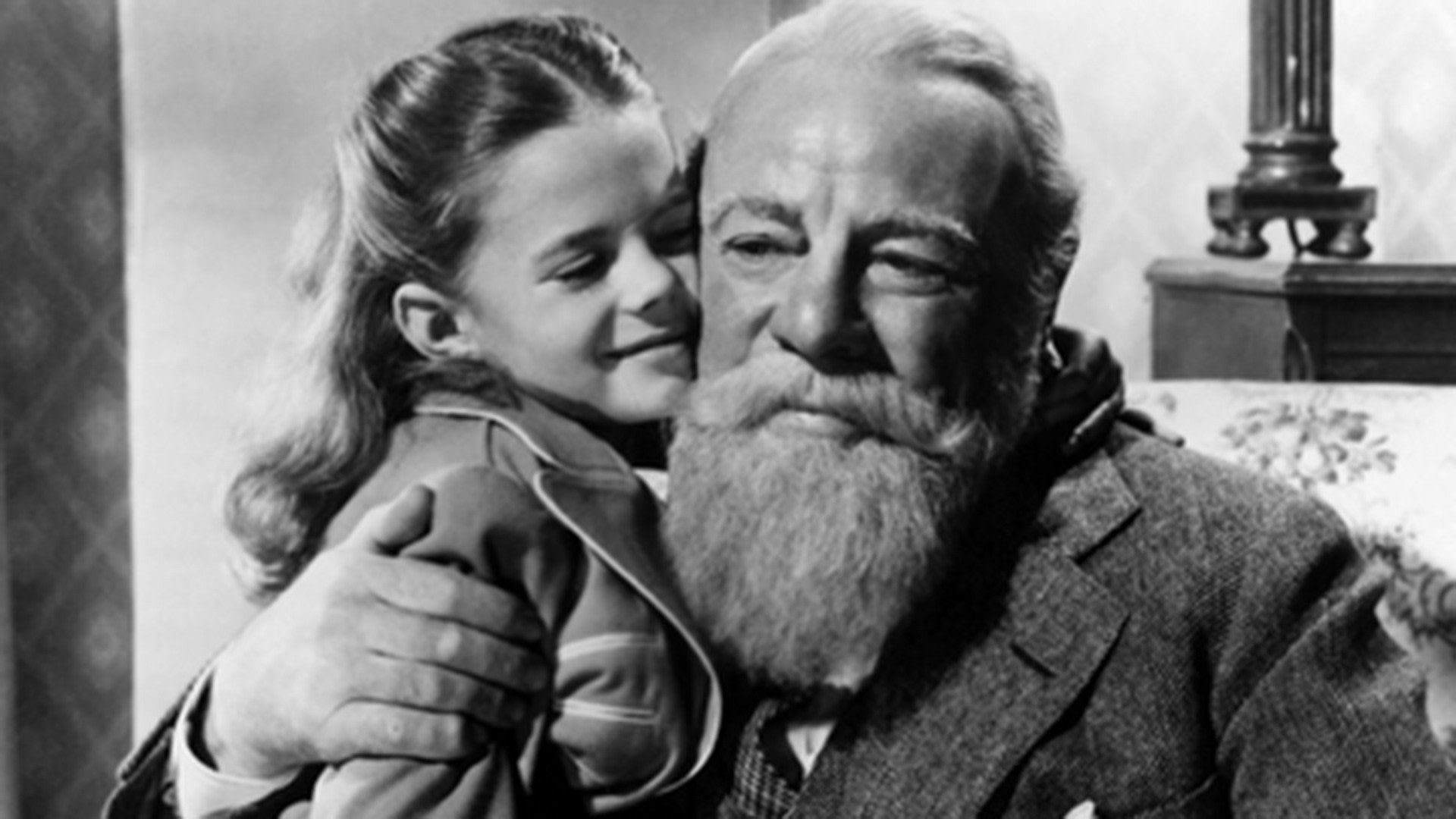 Christmas is fast approaching and the season of Advent is coming to an end. But we have just enough time for one more Christmas movie! This week we go back in time to a well-known holiday classic, the family comedy-drama Miracle on 34th Street.

It’s the 1940’s and Kris Kringle is hired to play Santa Claus at a Macy’s department store in New York City. The job goes very well as he seems to personify Santa Claus perfectly. He’s great with customers, shows all the kindness and tenderness one could hope for, and even speaks multiple languages! One small cause for concern is that he firmly believes he actually is really Santa Claus and isn’t afraid to say so. But as long as he’s helping customers, perhaps that’s not too worrisome.

But problems arise when Kris becomes agitated at a psychologist and strikes him with his umbrella. It’s a non-violent bop, but it enrages the psychologist, who threatens to have Kris committed to a mental hospital permanently if he keeps insisting he’s really Santa Claus, which he does.

As a public trial ensues, characters young and old must ask themselves what they believe. Is Kris Kringle just a delusional but otherwise kind old man, or is he indeed Santa Claus? What exactly does it mean to be Santa Claus anyway?

While this popular Christmas favorite includes both moments of family-friendly light-hearted comedy, it also poses some deeper questions about the spirit of Christmas and the meaning of faith.