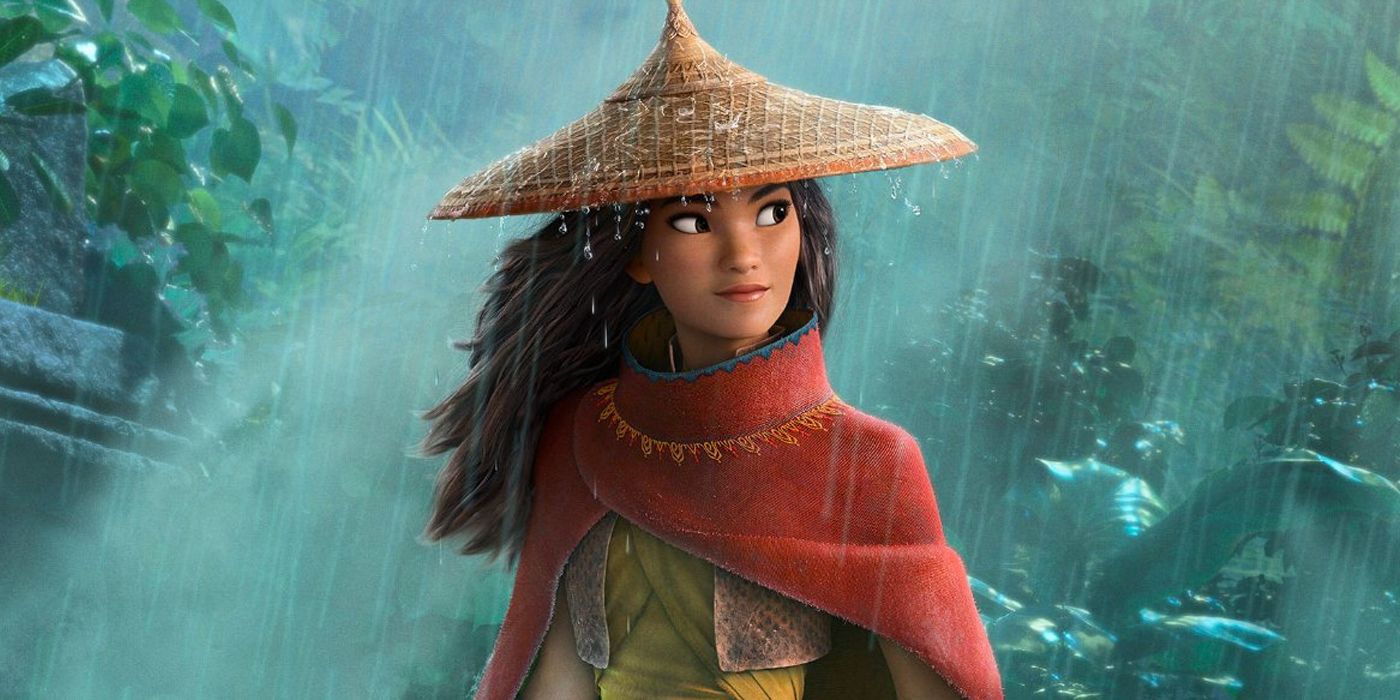 Raya and the Last Dragon

Five kingdoms along a dragon-shaped river have been feuding for centuries. Princess Raya’s father, the king of one of the kingdoms, decides to hold a grand banquet, inviting all the other kingdoms to join him, hoping the feast will help bring peace.

Raya is encouraged by her father’s optimism, and when she befriends a princess from another kingdom, she trusts her enough to show her her kingdom’s great treasure: a powerful gem that holds the magic of ancient dragons.

But when Raya’s new friend betrays her and steals the gem, chaos ensues and the gem is broken, releasing an ancient darkness that turns people to stone.

Years later, after a childhood spent searching, Raya finds the last surviving dragon, and together they set out to reunite the pieces of the broken gem and once again vanquish the darkness now ravaging the kingdoms.

After what happened the last time she trusted someone, Raya is overly cautious to never make the same mistake. But if she is to help save the kingdom, she’ll have to learn that never trusting anyone won’t get her very far.

A fast-paced and comical fantasy adventure for the family, Raya and the Last Dragon examines the necessity of trust and the power of forgiveness, showing that hope and trust are not just virtues we pass on from others, but ones we must learn to actively create ourselves. Some intense action sequences and scary images may be inappropriate for very young viewers.