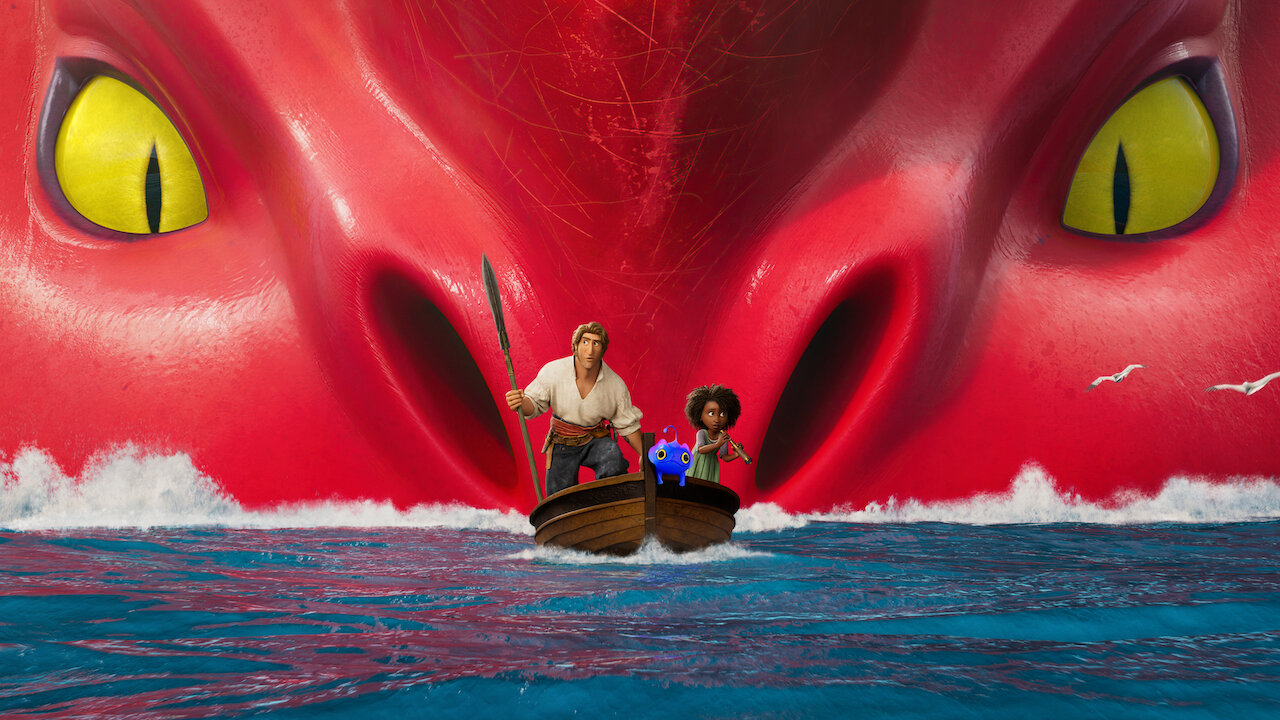 Determined to follow in the footsteps of her late parents, the young orphan Maisie runs away from an orphanage to join a crew of sea monster hunters, stowing away on a hunter crew’s ship.

While not happy to find a child on his ship, the captain is impressed by her tenacity. Circumstances change quickly when the ship begins its battle with an enormous sea monster they call the Red Bluster. Sensing doom for both the monster and the entire ship, Maisie decides to help the beast, freeing the monster from the ship’s clutches. But the daring move inadvertently leaves Maisie and another crew member stranded in the ocean at the mercy of the monster whose life she just saved.

But Maisie soon realizes that the monster is not nearly as threatening as she first seems if she’s treated with trust and kindness rather than hostility.

Now, with the help of the sea beast, she’s determined to find her way home and change people’s minds about the nature of these sea monsters and the relentless battle that’s been waged against them for decades.

This recently released and beautifully animated adventure tells a heartwarming tale that reminds us to be careful what we take for granted, and to always give trust a chance. The film is family-friendly, but some intense action sequences may be scary for very young viewers.

(This film is currently streaming on Netflix.)